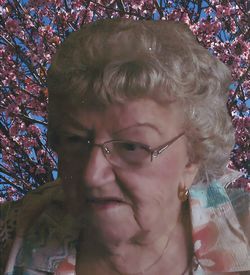 Westford
Madeline (James) Pestana, 92, of Westford, died at her residence on October 12, 2015. She was born in Baileyville, Maine, on January 10 1923 daughter of the late Herbert and Eunice (Carter) James and was the wife of the late Edmund Pestana who died in 2007. She grew up in Somerville and graduated from Somerville High School in 1941 with honor. She and Ed were married in 1941 and celebrated 67 years of marriage. She worked in personnel at Murray Printing in Westford and retired from there 1988. She enjoyed needlework, being with her family and traveling and reading
Madeline was a member of the DAR, the Mayflower Society and Daughters of the Union, a Civil War lineage group. She is also a member of Eastern Star. Madeline was a member of the United Methodist Church of Westford.
Madeline is survived by her daughter and husband Marcia and Robert Chamberlain of Westford, 2 sisters Gladys Leavitt of Ohio and Alice Dow of Maine, 2 grandchildren Matthew Chamberlain and his wife Jana Anastas, and Sarah and husband Grant Kinghorn, and 4 great grandchildren Ben, Jack, Ewan and Andrew. She is predeceased by her siblings Herbert James, Thornton James, Percy James and Ethel Hunter.
Visiting hours will be held at the United Methodist Church, 10 Church Street, Westford. MA on Thursday October 15 2015 at 11 am. Visiting hours will be held at the church from 10-11 am prior to the service, Burial at Westlawn Cemetery Littleton, In lieu of flowers, donations may be to The United Methodist Church Steeple Fund, 10 Church St, Westford, MA 01886 Please see www.badgerfuneral.com