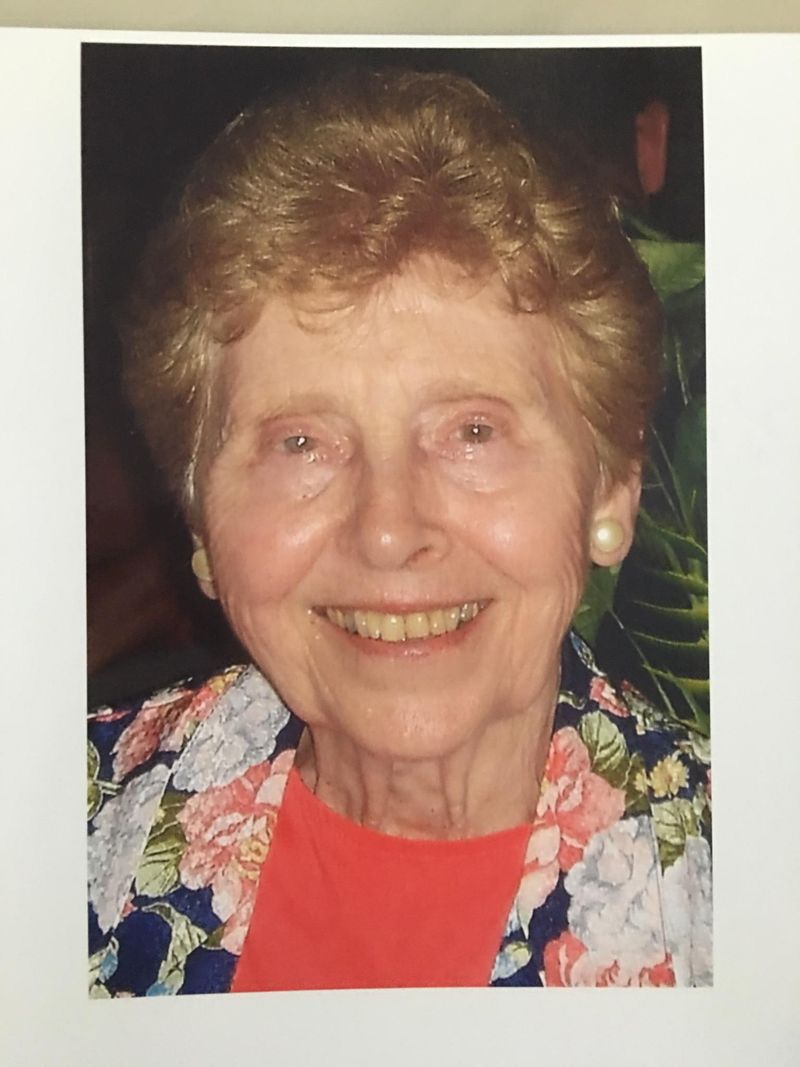 Madeline Paulette (Auld) Testa passed away peacefully on January 16, 2018. She was predeceased in 2015 by her beloved husband of 68 years, John F. Testa.

Born in Boston, MA, Madeline was the daughter of the late Robert Auld, from Kilmarnock, Scotland, and the late Jeanne (Chaffaut) Auld, from Montigny le Roi, France. Madeline is survived by her sisters, Roberta (Auld) Howland of Westmoreland, New Hampshire and Mary (Auld) Kingston, of Hampton Falls, New Hampshire. Madeline met the love of her life John Testa, a Marine who had just been discharged from World War II service, at a dance at Hampton Beach, NH. They married in 1947 and settled in Lexington, MA where they spent over 50 years raising their 3 children, before moving to RiverCourt Residences in Groton, MA in 2011.

Madeline was a devoted wife and loving mother, and enjoyed spending time with her family. She and John enjoyed activities such as tennis, swimming, square dancing and walking the beach in North Hutchinson Island, Florida, where they spent many wonderful winters after their retirement.

Family and friends will gather to honor and remember Madeline on Friday, January 19, 2018 from 4:00-7:00 pm in the Badger Funeral Home, 347 King St., Littleton. Her funeral mass will be celebrated on Saturday at 9:00 am at St. Anne's Church, 75 King St., Littleton. Burial will follow at Westview Cemetery, Lexington.