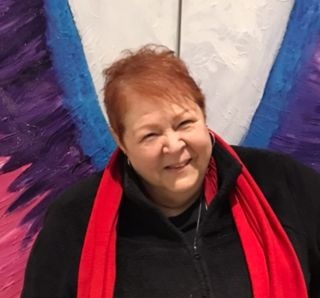 Margaret Boyd, 73, of West Groton, passed away unexpectedly on March 21, 2020. She was the loving wife of 53 years of William Boyd.

Born in Kearney, NJ on October 8, 1946, Margaret was the daughter of the late Hyslop and Agnes (Heron) Simpson. Margaret was raised and educated in New Jersey and graduated from Kearney High School. She met Bill at a wedding and they married on September 17, 1966 at the Grace Methodist Church in Kearney, NJ.

Margaret and Bill settled and raised a family while he was stationed at Fort Devens. Bill served 22 years in the United States Army and in 1979 he retired. They moved to the nearby, quiet town of West Groton. Margaret's greatest joy in life were her children. She was a devoted wife, mother and grandmother (Meme). She enjoyed cooking, baking and loved the beach. She never missed any opportunity to bring the family together to eat and celebrate or on trips to the beaches of the East Coast. She will be greatly missed by all who came to know and love her, especially Bill.

Along with her husband, Margaret is survived by her children; Kelly Oliveira and her husband Joseph of North Billerica, MA, Tracey Boyd-Reed and her husband John of Derry, NH, Shawn Boyd and his wife Heather of Durham, NH and Jason Boyd and his wife Kerry of Greenville, NH. She is also survived by eleven grandchildren; Andrew, Abby, Alex, Brianna, Zoe, Mia, Ella, Eva, Samuel, Shiloh and Benjamin. She was predeceased by her parents and her siblings, Richard Simpson and Eleanor Schmidt.

Due to COVID-19, services for Margaret will be held privately on Friday, March 27, 2020, in the Badger Funeral Home, 45 School Street, Groton.

In lieu of flowers, donations in Margaret's memory may be made to: