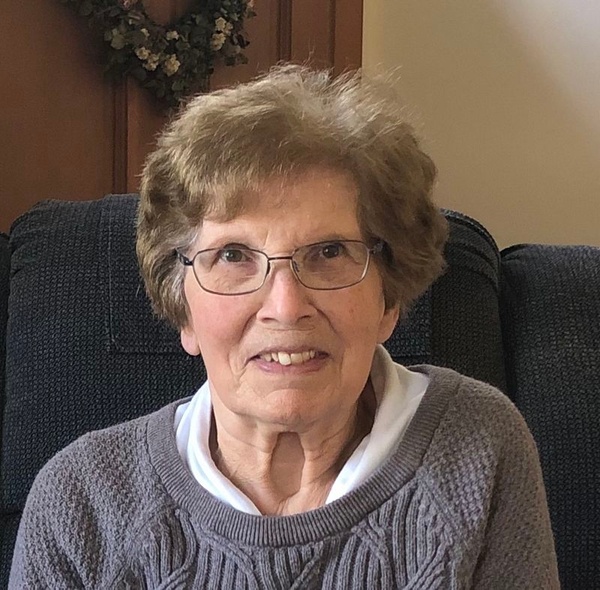 Margaret Ruth (MacPherson) Compton, 77 and a longtime Littleton resident passed away peacefully on September 7, 2020 at the Care Dimensions Hospice House in Lincoln. She was the loving wife for over 58 years to the late William Henry Compton who passed away in 2018.

Margaret was born at home in Grandview, Prince Edward Island, Canada on May 7, 1943, a daughter of the late Angus A. and Marion (Purchase) MacPherson. Margaret came to the United States in her teens and worked as a Nanny for families in the Concord, MA area. She and Bill were married in PEI, Canada on November 5, 1960. They resided in Concord until 1967 when they bought their home in Littleton, MA.

Margaret enjoyed taking care of her home and children and spent summers visiting her family in PEI. She loved to cook and was well known for her chocolate chip cookies!
Family was paramount in Margaret's life. She loved being a Grandmother. Even when Parkinson's Disease made it hard to walk, she'd be at their sporting events, dance recitals, and school graduations.

Margaret's unconditional love for her family fueled her battle with Parkinson's Disease. She was a warrior to the end and set an amazing example of what being a good person can accomplish. She never complained and never let Parkinson's Disease define her. She was loved by everyone who had the pleasure of knowing her and will be missed beyond words.

Margaret is survived by her children; Gail Kane of Litttleton and Mark Compton of Moultonbourough, NH, her grandchildren; Nicholas, Brittany, Molly, John and Daniel. Margaret is further survived by her siblings; Christine Wilson (David) of Littleton, Jean Doiron of PEI, Canada, Alice Grim (Michael) of Visalia, CA, Blair MacPherson and Gary MacPherson (Jo-Anne) of PEI Canada. Her sister-in-law Grace Foote and Anna Dodsworth (Lester) of PEI, Canada. She was the loving cousin to Shirley Hanright (Ronald) and Florence Brock as well as many beloved nieces and nephews.

Services for Margaret are private.

In lieu of flowers memorial contributions may be made to:
The American Parkinson's Disease Association (APDA)
135 Parkinson Ave.
Statin Island, NY. 10305
800-223-2732
apdaparkinsons.org