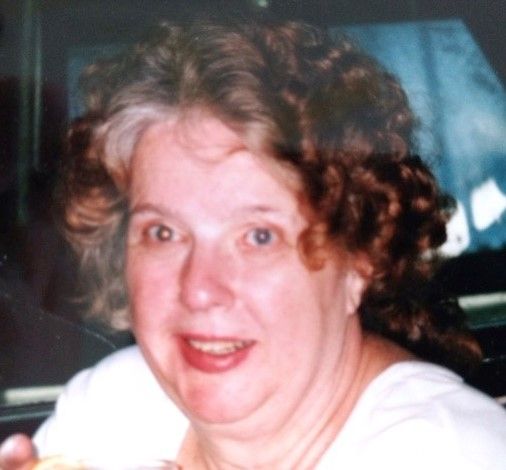 Born in Boston, on August 2, 1940 the daughter of the late John Grady and Mary Smith Cogan Janarelli. Penny was raised in and around the Boston area. She graduated from Medford High School in 1959.

Penny settled in Carlisle where she raised her four children with Albert May. Penny always had a joke, a smile, an ear to listen, a generous hand and heart. She had a love for Country Western and Irish music. Her passion for dancing and photography and travel emanated through thousands of records and photographs which fill her home. Penny loved spending time at the Carlisle State Park, now known as Great Brook Farm, picnicking and enjoying all the surrounding nature. She had a passion for birds and gardening that she passed down to all her children, with Foss Farm, Carlisle, MA being a fond memory for her family. Gloucester, MA, was a place Penny celebrated many special events and Holidays, just simply by walking the rocks of Pigeon Cove and enjoying the ocean. Penny loved camping with her family, particularly at Fort Wilderness Campground in Disney World.

Penny had many occupations, but amongst her favorites was driving a school bus for the Town of Carlisle. Her connectedness to the people of Carlisle and her community resembled that to a family versus simply a town. Later, Penny's passion for travel led to a career as a travel agent which eventually brought her around the world. Her love of cruise ships proved to be her main source of travel. Penny visited numerous places, but amongst the areas she was most passionate were Ireland, Alaska, Vietnam, and Egypt.

Penny's eventual love for the sun and warm weather led her to The Villages in Florida where she met lifelong friends and was an active participant in the VIP club. Her particular isolated passion was their dedication and work with The New Vision for Independence. Penny had lost her vision too early in her life and despite that, she never gave up. She persevered and lived her life with a fiery sense of humor, despite any obstacle thrown her way. Penny was the 'Unsinkable Molly Brown" and lived her life with similar passion. Penny battled cancer during the last months of her life with such grace and dignity, she will be remembered and admired for those traits and gifts. She will be forever grateful to Dana Farber Cancer Institute for the time they gave her.

Donations in her memory may be made to:
Memo for Margaret (Penny) Grady,
The Villages New Vision for Independence
Lake-Sumter State College, Lake Hall, Room 140
9501 US Highway 441,
Leesburg, FL34788
www.newvisionfl.org