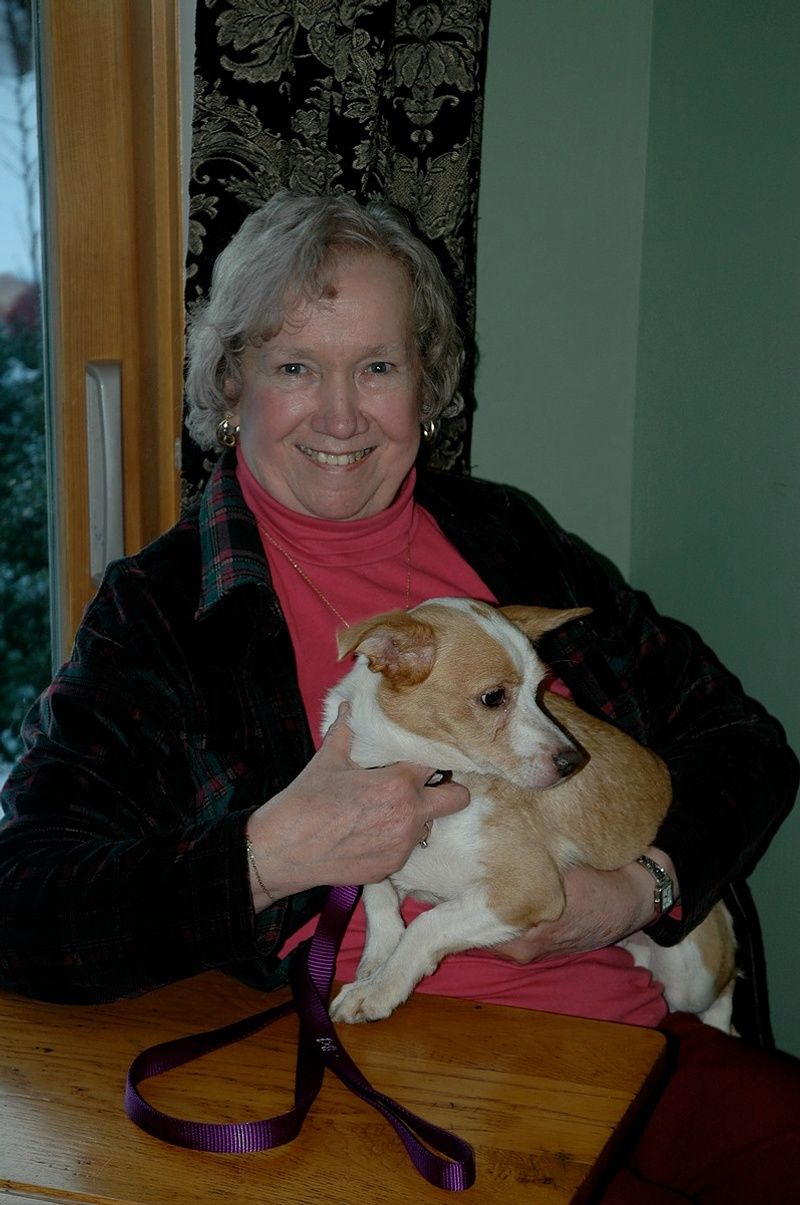 Margaret Louise (Hunt) Woodin, "Peggy", a longtime resident of Littleton, passed peacefully on April 3rd surrounded by her loving family at the age of 90.

Peggy was the daughter of the late Irving Winslow Hunt and Margaret Amelia (Knox) Hunt of Littleton.

Peggy graduated from Littleton High School, class of 1948 and was employed for many years as a telephone operator and clerk at New England Telephone in Ayer MA. She was a volunteer at the Town of Littleton election polling, Meals on Wheels, and a member of the Sodality and communicant at St. Anne's Church in Littleton.

Peggy was the wife of the late Charles E. Woodin. In April of 1972, Peggy married Charlie, a widower with three children (ages 11 to 16), and she unselfishly and wholeheartedly took on the role of being their mother. Peggy and Charlie enjoyed watching sports and took numerous trips to the White Mountains in New Hampshire until he passed in October of 1991. She enjoyed crafts, her dolls and collectibles.

Peggy proudly lived in her family home for 87 of her nearly 91 years of life. She grew up there, the eldest of five children with her parents, grandparents, and occasionally uncles and cousins, often having no bedroom of her own. Upon the passing of her parents, she returned to the home to live with her husband Charlie and their children. Despite medical challenges, she lived independently at home with support from her family until the time of her passing. She had a profound love of animals, especially dogs and birds. Her special companion for the last six years was a Chihuahua-Corgi mix rescue dog named Pedro whom she loved dearly.

Peggy is survived by her three children: David C. Woodin and his wife Karen of Waterford NY; Marianne (Woodin) Hunt and her husband John of Milford NH; Charles E. Woodin Jr. and his wife Laurie of Littleton MA.

Family and friends will gather to honor and remember Peggy for a period of visitation on Sunday April 11, 2021 from 1:00 pm until 3:00 pm at Badger's Funeral Home in Littleton MA.
Her funeral mass will be celebrated at Blessed Trinity Parish - St. Anne's Church, 75 King Street, Littleton on Monday April 12 at 10:00 am. Due to Covid-19 restrictions, church attendance will be by invitation for immediate family only. Interment will follow in Westlawn Cemetery, Littleton.

The family would like to recognize and thank the nurses, doctors, and staff at Nashoba Valley Medical Center in Ayer for their exceptional medical and compassionate care during her last few days. Her children would also like to thank those people who made it possible for her to stay in the home she loved until her passing by providing companionship, meals, and other services. Your kindness helped make that possible and we are forever grateful.

Donations can be made in Peggy's honor to Sweet Paws Rescue or any animal rescue organization of your choice. www.sweetpawsrescue.org.