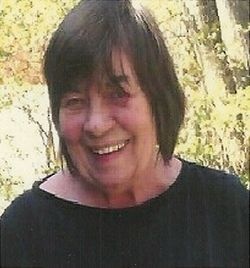 Marilyn (Warner) Rogers, 69, 0f Littleton, died at Emerson Hospital in Concord on January 15, 2016. She was born in Waltham, MA on November 15,1946 daughter of the late John and Helen (Tomlinson) Warner. She grew up in Waltham and was a graduate of Waltham High School. She worked as receptionist for many Dr.’s offices. She was a member of the Littleton Congregational Church and was a loving selfless person who adored her grandchildren and her husband David.

She is survived by her husband David Rogers of Littleton, a son Mathew Peaslee of Asburnham, 2 sisters Judith Miani of Waltham , and Barbara McBreen of Westford. 2 Grandchildren Aaron Peaslee and Amber Peaslee. She was also the sister of the late Ronald Warner.