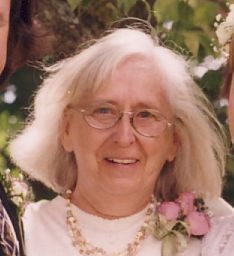 Marlene Meredith (Swanson) Dunbury age 84 of Littleton passed away on Tuesday March 28, 2017 at CareOne Concord. She was the wife of the late Paul E. Dunbury.

Born in Newton on March 18, 1933 she was the daughter of the late Sven H, and Thelma (Kelley) Swanson. Raised and educated in Watertown, Marlene graduated from Watertown High School, after which she attended the School of the Museum of Fine Arts in Boston. She was married in 1958 and after several years in Belmont, moved to Littleton in 1969.

Marlene was a devoted wife, mother and homemaker. In addition to gardening and birdwatching, she enjoyed breeding and exhibiting show dogs, eventually qualifying as an American Kennel Club approved judge for several breeds.

She is survived by her children Diane O'Shaughnessy and her husband Paul of Lexington and Paul W. Dunbury of Littleton, as well as her sister Diane Lithgow of Halifax and many nieces and nephews. Marlene was predeceased by her son Mark H. Dunbury.

Family and friends will gather to honor and remember Marlene for visiting hours on Saturday, April 1st from 9:00-11:00 am in the Badger Funeral Home, 347 King St, Littleton. Her funeral service will follow at 11:00 am. Burial in Westlawn Cemetery, Littleton.

Donations in her memory may be made to:
Maddie's Shelter Medicine Program
Cornell University Office of Alumni Affairs and Development
College of Veterinary Medicine
Box 39, Ithaca NY 14853
www.sheltermedicine.vet.cornell.edu