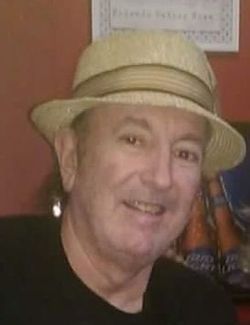 Martin Nestor, 59, of Pepperell, formerly of Littleton died at Lawrence General Hospital on September 10, 2016 after a short illness. He was born on January 29, 1957 in New York City, NY son of John Nestor and the late Jeannie (Friary) Nestor. He made his home in the Littleton, Westford area for most of his life and was a 1975 graduate of Nashoba Valley Technical High School where he studied drafting. He was a CAD mechanical designer and designed Speakers for Bose for many years.

His passion in life was his music. He was a singer/songwriter and started as a teenager playing guitar at the folk Mass at St. Anne’s Church in Littleton. He went on to front many bands, including Strider’s Wrath and Down Twisted. His current band was Marty Nestor and the Black Jacks. He was proud of the latest album Live at the Bull Run.

He was predeceased by his mother Jeannie (Friary) Nestor. He is survived by his father John Nestor of Littleton, his daughter Jacquelyn (Nestor) Boswell, her husband Peter and his granddaughter Evelyn of Holden and his girlfriend Sharon Phippin of Pepperell.  He is also survived by his brothers Sean and his wife Lenore of Hudson, NH, Michael and his wife Catherine of Littleton, his sisters Catherine Greenwood and her husband Carlton of Westford, and Sheila Meeker and her husband John of Dracut.

A Memorial Mass will be held on October 22nd at 10 am at St. Anne’s Church, 75 King Street, Littleton, MA.  A Celebration of Life will be held after the Mass the Franco American Club in Westford. Donations in his name may be made to the Westford Fire Department.