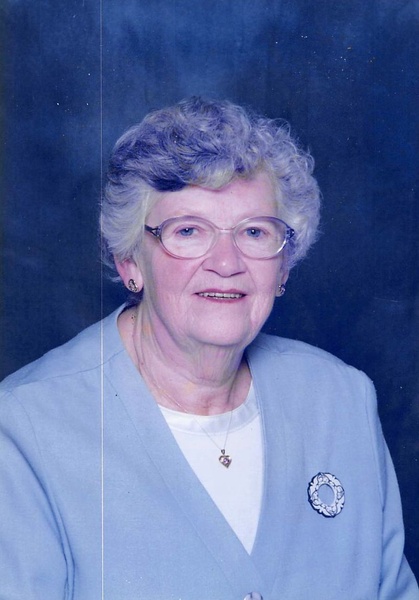 Mary Patricia "Pat" (Leary) Crory age 91 of Littleton passed away on Saturday, September 29, 2018 at Life Care Center of Nashoba Valley in Littleton surrounded by her loving family. She was the beloved wife of the late William D. Crory.

Mary P. Leary was born in Worcester on February 11, 1927 the daughter of the late Arthur J. and Margaret (Cleary) Leary. She was raised and educated in Belmont graduating from Belmont High School. Pat graduated from Regis College and later earned a master's degree of Education Degree at Emerson College. Pat and Bill married on August 6, 1955 in Belmont, MA and soon settled in at the Estate in Littleton where they raised 8 children.

Pat was a devout catholic and an active member of St. Anne's Church. She was a member of the Ladies Sodality and attended mass weekly. Pat started as a teacher in the Acton School Department and then later as a Speech Therapist with the Littleton School Department. Once retired she volunteered at the Council of Aging in Littleton.

Family was the center of Pat's life, she enjoyed spending time with her loving children, grandchildren and great-grandchildren. She loved cheering from the sidelines for her children's many athletic events. Holiday, birthday and special gatherings were always cherished by her and her surrounding family. She enjoyed knitting, painting and volunteering in town.

Family and friends will gather to honor and remember Pat on Thursday, October 4, 2018 from 4:00-8:00 pm in the Badger Funeral Home, 347 King St., Littleton. Her funeral mass will be celebrated on Friday at 10:00 am in St. Anne's Church, 75 King St., Littleton. Burial will follow at Westlawn Cemetery, Littleton.

Donations in her memory may be made to the Alzheimer's Association, 309 Waverly Oaks Rd., Waltham, MA 02452