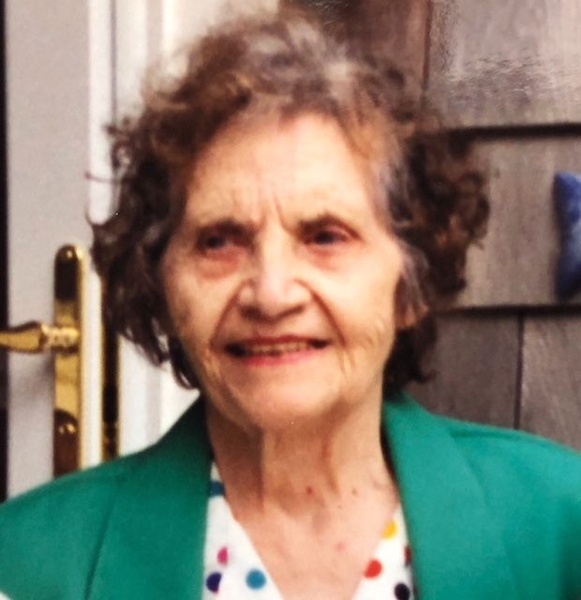 Mary Josephine (Vitti) Eklund passed away peacefully on Saturday, January 6, 2018. She was the wife of the late Thor I Eklund. Mary was 103.

Born in Stamford, CT, on July 23, 1914, Mary was the daughter of the late Achilles and Loretta (Antonucci) Vitti. Her siblings were Erbele, Vinnie, Tom, Nancy, Oggie, Chris, and Ann. Mary is survived by her sisters Chris Martinelli and Ann Sansone. Raised and educated in Stamford, Mary moved to Washington, D.C. during World War II and worked as a correspondence clerk for the U.S. Department of the Navy. There she met Thor, who was an engineer for the Navy. They married in September 1944 and settled first in Philadelphia, PA, and then in Cinnaminson, NJ, where they raised their children, Thor and Susan.

Mary was a devoted wife and a dedicated and loving mother, as family was the center of her life. She was a longtime member of the Altar and Rosary Society of St. Charles Borromeo Church in Cinnaminson. Mary, always interested in current events, read the newspaper daily, and was involved in local civic associations. She is remembered for her sense of humor, her ability to tell stories, and her tendency to break out into the occasional song. Mary enjoyed playing Bridge and Scrabble.

Mary was predeceased by her son, Thor. She is survived by Thor's wife, Mary; their sons, Andy and Rob; as well as Rob's wife, Michelle, and their sons Benjamin and Finn, being Mary's great grandchildren. Mary is also survived by her daughter, Susan, and her husband, Mike; their daughters, Linda, Ellen, and Judy; as well as Judy's husband, Derek. Mary will be missed by all of her family, including her many nieces and nephews.

Donations in her memory may be made to Aid to the Church in Need: www.churchinneed.org