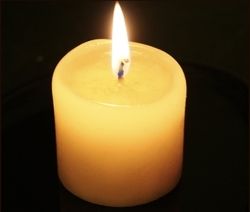 Mary Grace LePage, 73 of Littleton died at Emerson Hospital in Concord on September 6, 2016. She was born in West Milwaukee, Wisconsin on May 6, 1943 daughter of the late Marshall Clark McFerguson and Mary Esther (Gukenberger) McFerguson. During her high school years, she became an accomplished violinist and won a seat as first-violin in the All State Orchestra. She holds a BFA from University of Wisconsin and a BS/ME from Worcester Polytechnic Institute in Massachusetts. Mary left a successful business career in 1999 to devote herself to a life of spiritual work.

She made her home in Littleton since1977 and married Alfred Watson in 2001.

She is survived by her husband Alfred Watson of Littleton, a daughter Heather, a sister Joy Zick of Milwaukee Wisconsin and 2 grandchildren.

Visiting hours will be held at the Badger Funeral Home, 347 King Street, Littleton, MA on both Saturday, Sept 17, and Sunday Sept 18, from 3-8 pm