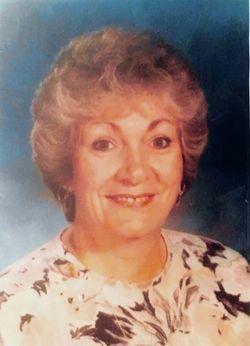 Madelyn Mary (Portanova) Owen age 75 of Littleton, MA passed away on Sunday November 6, 2016 at her home surrounded by her loving family. She was the beloved wife of Joseph Owen.
Madelyn was born on January 11, 1941 in Brighton, to the late Salvatore and Lillian (Lawson) Portanova. Raised in Brighton, a neighborhood of Boston she graduated from Brighton High School class of 1958.  She moved to Littleton where she was a wife, devoted mother and homemaker.
She had a passion for knitting, crocheting, and spending time with her family.
Survivors include her devoted husband of 57 years, Joseph Owen of Littleton, her sons Joseph A. Owen Jr and his wife Kathy of Littleton, Russell Owen and Christine of Cornelius NC, Dana Owen and Hope of Shirley, MA, Lawson Owen and his Wife Lisa of Cornelius, NC, Mitchell Owen of Littleton, as well as seven grandchildren, Joseph, Michael, Lawson, Bradley, Sarah, Felicia, and Kelsey.

Family and friends will gather to honor and remember Madelyn on Friday, Nov. 11 from 4:00 pm-7:00 pm in the Badger Funeral Home, 347 King Street, Littleton MA.  Her funeral mass will be celebrated on Sat., Nov. 12 at 9:00 AM at St. Anne Parish 75 King St, Littleton. Burial will follow at Westlawn Cemetery, Littleton. In lieu of flowers, memorial contributions may be made to Loaves and Fishes Food Pantry Inc. P.O. Box 1, Ayer, MA 01432