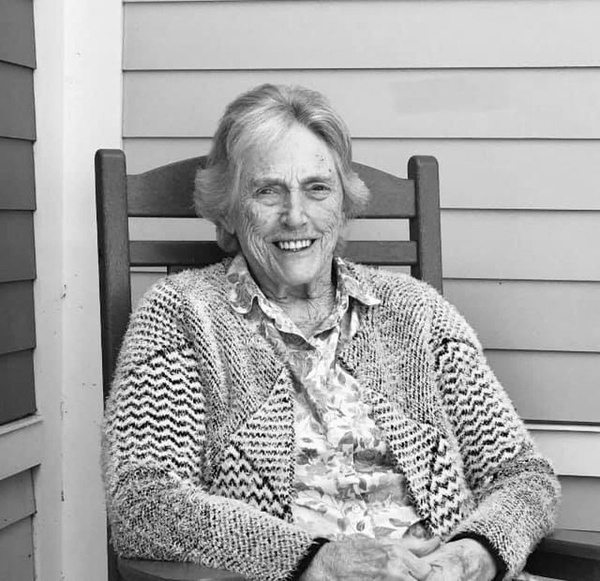 She was born in Somerville on November 27, 1932, and was raised in Belmont. In 1950 Mary Lee graduated from Mount Trinity Academy in Watertown, MA where she competed on many sports teams, played several instruments and made dear friends whom she kept in touch with throughout her life. She majored in Theology at Saint Mary's College of Notre Dame in South Bend, IN, Class of 1954, where she became an avid Notre Dame football fan, driving all the way out to Notre Dame games and pep rallies to support her "Fighting Irish".

In 1951 her parents bought the family home in Littleton. It was there that she met and fell in love with the "boy next door", Bob Stenstrom. They were married in 1956 and raised their young family in the cottage behind her parents, before eventually moving into the family home to care for her father after her mother's death in 1963. Mary and Bob were happily married for forty-seven years before his passing in 2003, but they loved their life together and lived it to the fullest. The demands of a large family kept them busy, but they managed to maintain their beautiful property, care for the stables full of horses, attend mass together, camp one or two times each summer, and even managed to travel across country, their life-long dream which they fulfilled in 1982. Their true passion; however, was spending time with their family; attending their horse shows, sporting events, school functions, and family celebrations together. Later in life, Mary enjoyed watching her grandchildren and great-grandchildren's games, school events and concerts as long as she was physically able. She loved her pool and enjoyed time spent there with her family and friends. Her family was her pride and joy and she was so proud of each and every one of them. Mary instilled the importance of family, and held many reunions at her home, which sometimes lasted two or three days, so her huge, extended family could spend time together.
Mary Lee was a hard worker and held many jobs to help support the family while raising their six children; Diagnostic Instruments, American Home Toy, Harwood Station Post Office and Leads USA, to name a few. She also volunteered her time serving on Littleton Scholarship Trust Committee, Mill Pond Association, Nashoba Tech Booster Club and she covered School Committee meetings, Littleton girl's track and field meets, softball games, and soccer games for the Littleton Independent Newspaper. Mary held many titles throughout her life including assistant leader in the first Littleton 4H Hack & Tack Horse Club, licensed horsemanship instructor, boy scout leader, but her most memorable title to her family was "Gaga", a loving and supportive wife, mom, grandmother and great-grandmother.

In her spare time, Mary enjoyed making crafts, gardening, cooking and watching her "Fighting Irish" games on television. She loved her country and organized Support Our Troops rallies which were held at the Littleton Common in 1991 and 2001.
Mary Lee was a strong, devout Catholic, a communicant of St Anne's Church in Littleton, a former CCD Instructor, a member of St Anne's Sodality and St Anne's Choir. She held and attended bible study meetings and lived her life helping others. She will be remembered for her strong faith, love and devotion to her family and friends.

Mary's family is thankful for the loving, compassionate care she received from the staff at Bridges by Epoch in Westford. The family would also like to thank all their friends and family members for their condolences and kindness during this difficult time.

Due to the Covid-19 pandemic, there will be a private graveside service for the family at the Westlawn Cemetery, Littleton. A celebration of her life will be held at a later date.

In lieu of flowers, memorial contributions may be made in Mary's name to:
The Alzheimer's Association
225 N. Michigan Ave., Fl. 17
Chicago, IL 60601
Or online at: www.alz.org