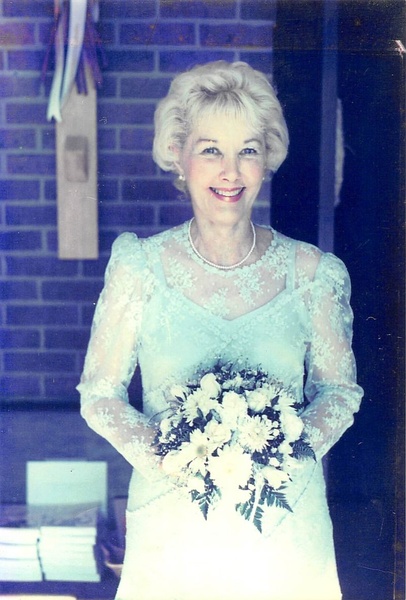 Miriam Rita Hewitt-Allen, age 101, recently of Ayer and formerly of Hagerstown, Maryland passed away peacefully on Wednesday May 6, 2020 at the Nashoba Park Assisted Living Residence.

Married in 1945 to Bernard Hewitt, Miriam, her husband and young son moved to the small town of Bad Wildungen, Germany, where she served as an assistant in the Army Headquarters, and her husband held a post in Army Intelligence. During their several year stay in the 1950's post-war Germany, Miriam became fluent in German and greatly enjoyed the adventure of traveling throughout Europe and Great Britain.

Miriam was a focused, self-disciplined and independent woman, who was known for speaking her mind and for successfully achieving whatever goals she set for herself. Upon her return to the United States, Miriam held a number of accounting and internal auditing positions at Vitro Laboratories in Wheaton, Maryland. Studying at night, she earned her Bachelor of Science in Accounting from the University of Maryland, College Park in 1986. Miriam took up running and swimming, and enrolled in fitness and dance classes in the 1970's. By the 1980's, she successfully completed the arduous Chesapeake Bay Bridge Run no less than four times. She continued her commitment to health and fitness and exercised weekly at the local YMCA until her late 90's. Miriam married Hugh Allen in 1987 and moved to Hagerstown, Maryland where they lived independently until his death in December of 2019.

Miriam will be remembered for her true generosity and kindness of spirit, and her devotion and love of her family and close friends.

Miriam is survived by her son Richard and his wife Diane Hewitt of Groton, MA, her grandchildren; Cameron and his wife Heidi Hewitt of New Ipswich, NH and Devin Hewitt and his wife Assem Sapanova of Bangkok, Thailand, her siblings; Wilfied (Chick) Sullivan of Silver Spring, MD and Joan Lavezzo of Ocean View, DE. She is also survived by her 3 great-grandchildren, Hannah, Callan and Ryan. In addition to her parents, Miriam was predeceased by her siblings Francis Sullivan, Edward Sullivan, Vivian Sullivan and Patricia Buffers.

Due to gathering restrictions, Miriam's memorial services will be held at the Gate of Heaven Cemetery in Silver Spring, Maryland at a later date.

In lieu of flowers, donations in Miriam's memory may be made to: Loaves and Fishes Food Pantry, 234 Barnum Rd., Devens, MA 01434