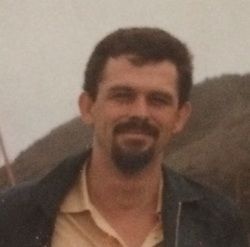 Noel D. Rainville on October 18, 2016 died suddenly by choice at his home after a long illness and a recent further decline in health.

While educated in communications (U. S. Navy), electronics and psychology, a wide-ranging and open-minded reading habit was his true education. He retained and shared everything he had read and could converse on any topic with anyone. He designed and built the bedside table which at the time of his death held 62 books and a loaded Kindle. A true polymath, he could also build, plumb, electrify and repair anything, erecting in the backyard a geodesic woodshed in the 1970’s followed more recently by a full-sized  teepee.

Born November 7, 1948 in Peterborough NH to Noel D. Rainville Sr. and Gertrude Jean, an early childhood spent in Chile prompted an appreciation for other cultures and a facility for languages which included work with a Japanese trading company and culminated late in life in the study of Abenaki, after discovering his family’s native heritage.  He became a passionate advocate and speaker on Native American issues, language and cultural loss, and carved Native American flutes and pipes.

Despite declining health, he was an inspired and adventurous cook whose deboned stuffed turkey became a holiday staple, as did his Christmas Eve bouillabaisse. He roasted coffee beans for his wife daily and was a home brewer decades before the artisanal trend; at his death he was experimenting with food fermentation. He will be remembered primarily as a loyal, intense companion and friend, happiest when talking with others. His was perhaps the only organic tobacco plot in Westford.

He leaves behind his wife of 43 years Ellen (Downey), sisters Jean A. Secovich of Groton MA and Elaine M. Palumbo and her husband Nicholas of Webster TX, dear in-laws and loved nieces and nephews.

A private burial will be followed by a Celebration of Life on Saturday, November 12 at 11am in the Fellowship Hall of First Parish Church United, 48 Main St. Westford Common, Westford MA 01886. Donations in lieu of flowers may be made to the Ndakinna Education Center, 23 Middle Grove Road, Greenfield Center, New York 12833.