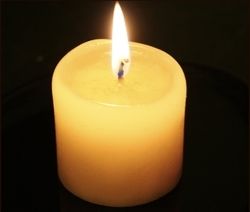 Norio Nishi died at HonorHealth Scottsdale Osborn Medical Center in Scottsdale, AZ on March 7, 2016 at the age of 63.  He is survived by his son Sean, his sister Ryoko Seta of Japan, and Sean’s aunts Catherine Lambert of North Carolina and Paula Smith of Texas.  Norio was born on March 1, 1953 in Japan and earned a bachelor’s degree from Kutztown State College and a master’s degree from Georgetown University, both in International Relations.  He had a distinguished career in financial services for Japanese institutional investors, most recently at Eaton Vance in Boston.  He was also an active member of several Japanese-American organizations, including the Japan Society of Boston and the US-Japan Business Council.  Norio's nationally-ranked senior tennis team was a highlight of his very successful amateur career.  A memorial service will be held at First Parish Church of Groton at 11:00 AM on April 16, 2016 with a reception to follow.  Gifts in Norio’s memory may be made to the Japan Society of Boston.