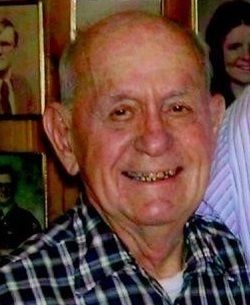 Norman A. Gundersen age 92 of Boxborough passed away on Saturday October 15, 2016 at Keystone Center Nursing home in Leominster Ma. He was the husband of the late Leslie (Belcher) Gundersen

He was born to the Late Joseph and Harriet (Ferguson) Gundersen on September 19, 1924 in Harvard Massachusetts and grew up with his Late sisters Ruth, Daisy and Martha. He graduated Harvard high school and obtained a BSEE and an MS degree from Tufts University.  Norman worked for Stevens Arnold company in south Boston, Eastman Kodak in Rochester NY, Vectron Corporation in Waltham, Ma, Sylvania Electronic System also in Waltham, E.E. Specialists and Polaroid Corporation from which he retired in 1986. He also started his own company “the Gundersen company”. For many years he was a member of the Boxborough planning board, enjoyed music and was an accomplished piano and guitar player.

Norman enjoyed many outdoor activities including sailing, hiking, deep sea fishing with his father and skiing.  It was on a ski trip where he met his future wife, Leslie Belcher, married for over 59 years.

Family and friends will gather to honor and remember Norman on Friday, Oct. 21st from 10 – 11 AM at the United Church of Christ Congregational, Boxborough, 723 Massachusetts Ave, Boxborough followed by a funeral service at 11 AM. Burial with U.S. Navy Military Honors at South Cemetery, Boxborough.

In lieu of flowers, memorial contributions may be made to Compassus Hospice, 15 Midstate Drive #215, Auburn, MA  01501.