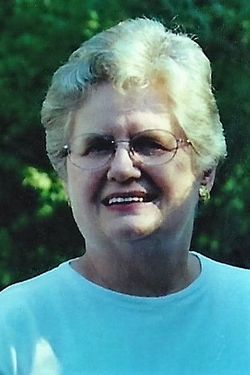 Patricia (Tapley ) (Cavanaugh)  Jones, a long-time resident of Littleton, MA, died after a lengthy illness in her new home at The Inn at Robbins Brook in Acton, MA. On March 30,, 2016. She was born in Worcester on September 15,1929 daughter of the Bates and Mary Tapley  and was the wife of the  late George E. Jones, Jr. and the late Richard E. Cavanaugh  and  was the sister of the late Eleanor Smith and Pauline Mason.  She is survived by her children, Garrett T.P. Cavanaugh and his wife Elaine of Townsend, MA, Richard E. Cavanaugh, Jr. and his wife Anne of Petersham, MA, and her stepchildren, Marybeth (Jones) Mesrobian and her husband Carl of Salem, MA and George E. Jones III and his wife Maryann Zenitz of North Chelmsford, MA.  She is also survived by her grandchildren: Brendan P. Cavanaugh, Caitrin (Cavanaugh) Tesch and her husband, Justin, Garrett D. Cavanaugh, Jennifer Jones, and David and Andrew Mesrobian.  She also leaves behind her beloved great-grandson Gunnar Tesch.

Pat attended Middlesex Community College and received her B.S. in Education from Fitchburg State College at the age of forty-four after the death of her husband Richard.  She served as a learning disability specialist and special needs teacher in the North Middlesex Regional School District and later for the Archdiocese of Boston at Life Resources Alpha Omega in Littleton MA.

She enjoyed over fifty years of participating in community organizations in Littleton including, among others, St. Anne’s Sodality, the Neighborhood Supper, the Littleton Scholarship Trust, and the Democratic Town Committee.

Pat will be remembered for her sharp but always warm-hearted wit, her passion for politics, her strong and supportive love for family and friends, her talent for connecting with children, and for always having home-made soup on hand.  Before the arrival of the internet, she was her family’s resource for seemingly knowing the name of every character actor in the movies and TV, and heaven help you if you tried to beat her at Scrabble.

Visiting hours will be on Wednesday, April 6th from 4 to 8 pm at Badger Funeral Home in Littleton, MA and her funeral service will be on Thursday, April 7th at 10 am at St. Anne’s Church in Littleton followed by her burial at Westlawn Cemetery in Littleton.