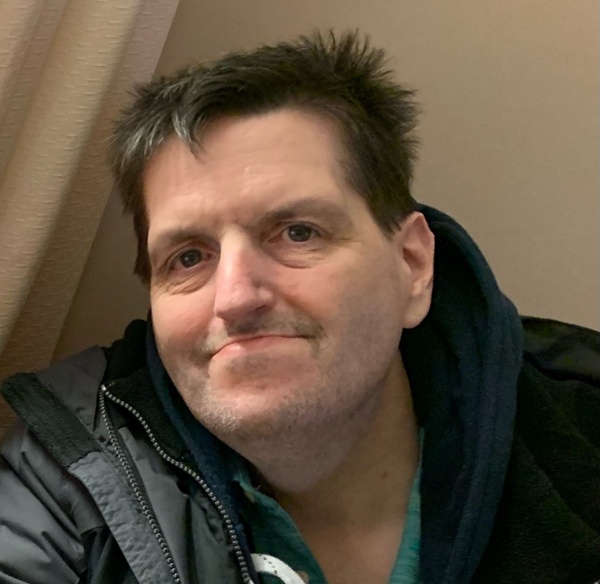 Born in Worcester, Massachusetts on February 28, 1965, Patrick was the son of the late Daniel and Mary (Burke) Quill.  Patrick was raised and educated in Worcester and later worked in Retail at TJ Max warehouses. Patrick worked at the Worcester Distribution Center of TJ Maxx for over 30 years. He was well liked by the people in his department as he was by most people who knew him. Whenever someone asked a favor, he was always willing to help. He was a big fan of our local big league sports teams. The Red Sox, Patriots, Bruins and Celtics. He was also a big fan of the local minor league sports teams, as well. He was a member of The Worcester Ice Cats Booster Club and went to many Ice Cats, Sharks and Railers hockey games. He loved going to movies and concerts. He loved spending time with his many friends. He really enjoyed traveling. He traveled to visit his relatives in Ireland, California and Texas. And, traveled to meet up with other hockey fans from other booster clubs. He was always fun to hang around with because of his silly sense of humor

Family and friends will gather to honor and remember Patrick for a period of visitation on Thursday, June 9, 2022, from 10:00 a.m. until 11:00 a.m. in the Sacred Heart – St. Catherine of Sweden Parish, 596 Cambridge Street, Worcester.  A Funeral Mass will take place in church immediately following the visitation at 11:00 a.m.  Following the Mass, Patrick will be laid to rest at Saint John’s Cemetery on Cambridge Street in Worcester.

To attend Patrick's service remotely, please go to the livestream link below at the day and time of the service.