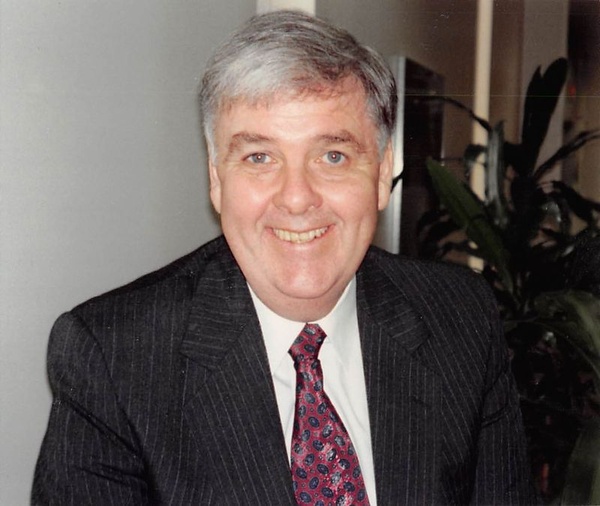 Paul J. Curtin passed away peacefully on May 21, 2019, at the age of 79.  He is survived by his loving wife Milly and his children Joseph and his wife Lisa, Paul Jr. and his wife Maria.  He was stepfather of Michelle Goodwin, Laura Edry & her husband Bob and Regina Barrett.  He was grandfather to Aedan, Owen, Iain, Kerri and Riley. Brother of Mary Ann DeBoer and her husband Merle and the late James P. Curtin and his living wife Judy.  Further survived and fondly remembered by many nieces, nephews, other relatives and friends.  He was preceded in death by his daughter Christine and first wife Elizabeth.

Paul was born on November 11, 1939 in Somerville, MA, a son to the late Mary Veronica Lynch and James Patrick (Barney) Curtin.  He graduated from Matignon High School in Cambridge and from Boston College with a BA in Mathematics and a minor in Theology.   He had a distinguished career in technology where he managed increasingly larger activities for the NSA, Mitre, Honeywell/Gould, 3M, Digital Equipment Corporation and Compaq.

Paul will be remembered by family and friends as a loving husband and father who enjoyed a good debate and was a nursing home ombudsman for the state, a meals-on-wheels volunteer and an avid golfer.  His Catholic faith was dear to him. Paul was an altar boy, acted as an usher at St. Anne's Parish, and was a committed pro-life advocate.  He and Milly enjoyed traveling together to many interesting locations including; New Zealand, S. Africa, Ireland, Alaska, Australia, Ireland and the Canary Islands.  In his younger days, Paul was a member of the Army Reserves and the Knights of Columbus.

Family and friends will gather to honor and remember Paul for a period of visitation on Friday May 24, 2019 from 4:00 PM until 7:00 PM in the Badger Funeral Home, 347 King St., Littleton. His funeral Mass will be celebrated at 11:00 AM on Saturday, May 25, 2019 in St. Anne Parish, 75 King St. Littleton. Interment will follow in Westlawn Cemetery, Littleton.