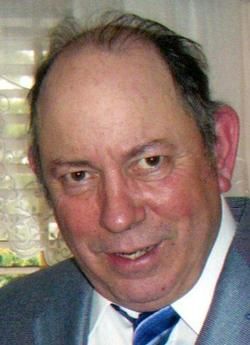 Paul E. Dorion, age 66, died January 3, 2016 at the E.N. Rogers Veterans' Memorial Hospital in Bedford after a long illness surrounded by his loving family. He was the husband of the late Mary (O'Dell) Dorion.

He was born on August 8, 1949, the son of Evelyn (Ordway) Dorion and the late Edward Dorion. He attended the Country Day School of the Holy Union in Groton and was a graduate of North Middlesex Regional High School, Class of 1969. He enlisted in the U.S. Navy in 1970 and worked as an Airman in Ground Maintenance at Patuxent River, Maryland during the Vietnam War. Paul worked at the former St. Regis Paper Mill in Pepperell for many years after his military service. He attended Mass at the Bedford VA Hospital Chapel. He enjoyed spending time with his family, canoeing with his daughter and shooting pool. Most people who knew Paul remember him as a very kind and gentle person.

The family wishes to express their deepest gratitude to the staff at both the Bedford and West Roxbury Veterans' Administration Hospitals for their extraordinary care of Paul, many of whom visited him in the days and weeks before his death.

There will be no calling hours. Funeral Services will be held on Thursday, January 7, 2016 with a Funeral Mass celebrated at 11 a.m. at Our Lady of Grace Parish, worshipping at St. Joseph Church, 28 Tarbell Street, Pepperell. Burial in St. Joseph Cemetery, Pepperell.