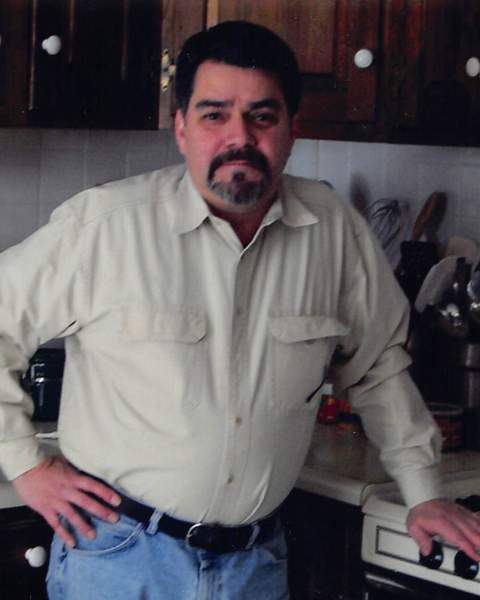 Paul J. Duchesne, 68, a resident of Groton Massachusetts for 30 years, died on Saturday morning August 27, 2022 after a brief illness at his home surrounded by his devoted daughters Joanne and Paula. Born in Trois-Rivières, Canada, on October 14, 1953, he was the son to the late Joseph (Buster) and Mabel (Fortin) Duchesne.

Paul served in the U.S Army as a vehicle mechanic and was a member of the American Legion post 313 in Chelmsford. He recently retired from Arbella insurance company after 25 years. Paul was also a talented guitarist; he was self-taught and played in a band with his closest friends. He was known for being a jack of all trades, from building a car from scratch, to even building his own house in Westford. Paul will be deeply missed by all and remembered for his great sense of humor.

He is predeceased by his beloved “Pinky”, his best friend of 18 years. He is survived by his brother Mario Trahan of Tracadie-Shiela, Canada, his daughters Joanne Kosenko and her husband Anthony of Citrus Springs, Florida, Paula Bickford and her husband Roger of Keene, New Hampshire, and Jennifer Mador and her husband Jeff of Frankfort, Kentucky. His eight grandchildren Jared, Justin, Joseph, Sam, Christina, Christopher, Alena, and Michael, five great grandchildren and many beloved, devoted friends.

Family and friends will gather to honor and remember Paul for a period of visitation on Friday, September 2, 2022, from 2:00-4:00pm and 6:00-8:00pm in the Badger Funeral Home, 45 School St., Groton. An hour of visitation will be held on Saturday September 3, 2022, from 9:00-10:00am in the funeral home, followed by his funeral mass at 10:30am at the Our Lady of Grace worshipping at St. Joseph Church, 28 Tarbell Street, Pepperell. Burial will follow at St. Joseph Cemetery, Chelmsford.

In lieu of flowers, the family has asked that donations be made to the ASPCA in Paul’s name.

Our Lady of Grace Parish worshipping at St. Joseph's Church