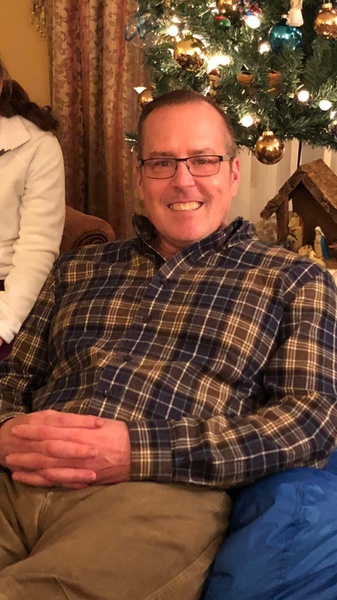 After a lengthy battle with cancer, Paul Robert Duhamel, 53, passed away while surrounded by his family on Saturday January 11, 2020. He was the loving husband to Kim (Scherr) Duhamel and devoted father to Lauren, Justin and Gavin Duhamel.

Paul was born in Bethesda, MD on January 31, 1966, a son to Claudette (Parent) and the late Robert Duhamel. A lifelong learner, he grew up in Acton, MA and attended Acton-Boxborough High School. He later earned a Bachelor's from Stevens Institute of Technology and a Master's from Northeastern, both in mechanical engineering. He met his wife, Kim, at Stevens and in June of 1992 they married. The couple moved to Groton where they raised their family.

Paul spent his career leading research and development projects in the medical device industry. He formed strong and lasting relationships with coworkers at both XRE and Smith & Nephew. At home, Paul enjoyed woodworking, tackling home improvement projects, and spending time at the Westford Sportsmen's Club. He loved modifying high performance car engines and especially adored his pride and joy, a Pontiac G8 GXP. While Paul's interests and hobbies were varied, he valued teaching his skills to his children and members of the Groton Boy Scout Troop 3. He was loved by all who had the pleasure of knowing him and will be deeply missed.

In addition to his wife and children, Paul is survived by his mother, Claudette of Acton and his siblings; Andree Proulx, Monique Grendi, David Duhamel and Eric Duhamel.

Family and friends will gather to honor and remember Paul on Friday January 17, 2020 from 5:00 pm until 8:00 pm in the Shepherd of the Valley Lutheran Church, 21 Washington St. Ayer. His funeral service will be held in the church sanctuary on Saturday January 18, 2020 at 10:00 am with a reception to follow in the fellowship hall.

In lieu of flowers, memorial contributions may be made in Paul's name to:

Mass General Cancer Center, at www.giving.massgeneral.org/cancer
or
Camp Kesem, an organization dedicated to supporting children impacted by a parent's cancer, at www.campkesem.org.