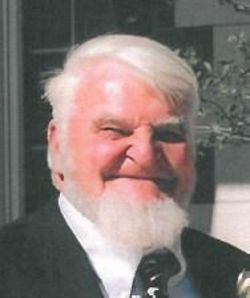 Paul A. Shimmel 90, of Littleton died on May 24, 2016 at Life Care Center of Acton. He was born in Lawrence, PA on December 27, 1925 son of the late Willard and Augusta (Knepp) Shimmel.  He grew up in Pennsylvania and joined the U.S. Navy during WW2. After the war he was discharged in Boston and met and married Phyllis (Sheehan) Shimmel in 1946.  They made their home in Somerville and then moved to Littleton in 1954.  Phyllis died in 1977. Paul worked as a truck driver for Local #25 in Somerville until he retired in 1979. He married Betty (Card) Shimmel and she died in 2007. He then worked for the Highway Department for the Town of Littleton for the 10 years. Mr. Shimmel was a Life member of Littleton VFW Post #6556. He enjoyed spending time with his grandchildren and making wooden toys and crafts.

Visiting Hours will be held at the Badger Funeral Home, 347 King Street, Littleton, MA on Tuesday May 31 from 4-8 pm.  A Funeral Home service will be held on Wednesday June, 1, 2016 at 10 am.  Burial at Westlawn Cemetery Littleton. In lieu of flowers contributions may be made in his name to the Town of Littleton/ Veterans, P.O. Box 1305, Littleton, MA 01460.