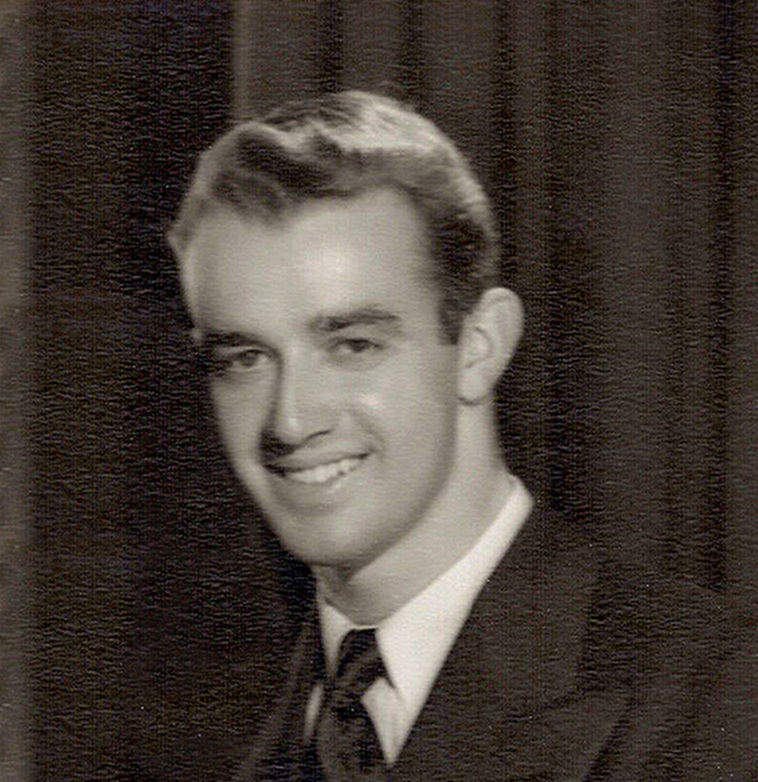 Peter M. Cassinari, a resident of Littleton, Massachusetts since 1955, passed away on Wednesday, February 8, 2017 at Life Care Center of Nashoba Valley. For 70 years, he was the beloved husband of Joyce Ann (Baker) Cassinari.

Born in Fitchburg on October 2, 1926 he was the son of the late Joseph and Maria (Cattalini) Cassinari and brother to Joseph, Eleanor, Doris, Paul, and Virginia who predeceased him.

Raised in Fitchburg he attended Fitchburg High School where he excelled in the sport of football. Upon graduating, Peter enlisted in the United States Navy; he was 17. Peter trained at Sampson Naval Base on Lake Geneva and Fort Pierce Naval Amphibious Base in Florida where he completed training as a coxswain on an LCVP landing craft vehicle personnel. He proudly served his country during WWII on the USS Lumen in the Pacific theater including the Battle of Okinawa.

In his early years Peter worked as an insurance broker and manager for Prudential and Hartford. He and Joyce owned and operated a pizza shop in Fitchburg during the 1970s. For several years, Peter was the Director of Pine Tree Park, the housing for the elderly in Littleton where he was loved by the residents.
Peter worked tirelessly as a member of the Littleton Board of Health, an elected unpaid position, for 50 years and also served for 34 years as Chairman of the Executive Committee of the Associated Boards of Health that covers 17 towns in the area. A lifelong learner, Peter possessed a broad and deep knowledge of the many facets of public health; he enjoyed attending the annual New England Environmental Conference at Tufts University and many other workshops and symposiums. In 1998 Peter was honored at the statehouse with a Lifetime Achievement Award from the State Senate and House of Representatives as well as the State Commissioner of Public Health (MAHB) and continued to serve for 16 more years.

He was a supporter of many organizations in Littleton and a proud member of the Lions Club and American Legion post #249. Many people benefited from Peter's dedication, insight and hard work.

In addition to his wife, Joyce, Peter is survived by his three children, Richard Cassinari of Lebanon, OH, Lynne Cassinari Finlayson of Reading, MA, and Leslie Cassinari-Peck of Lebanon CT and was predeceased by his son, Donald Caldwell of Scottsdale, AZ. He is survived by 7 grandchildren Rebekah, Michael, Jacob, Hannah, Daniel, Julia and Jeffrey and many nieces and nephews.

Family and friends will gather for visiting hours on Friday, February 17 from 4:00-7:00 pm at the Badger Funeral Home 347 King St., Littleton. His funeral service will be held in the funeral home on Saturday at 12:00 pm. Burial will follow with U.S. Navy Military Honors at Westlawn Cemetery, Littleton.

In lieu of flowers, donations can be made in Peter's name to Littleton Scholarship Trust, P.O. Box 693, Littleton, MA 01460.