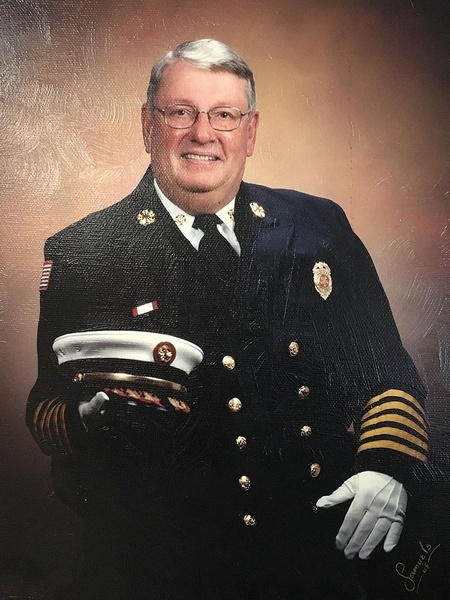 Peter was born February 22nd 1938 in Quincy, Massachusetts, to the late Harold Raymond and Elsa (Schuerch) Warren. At a young age, the family moved to Milton where Peter attended school, graduating Milton High School in 1956. Peter married his high school sweetheart, June Maclary, on September 11th 1959, they then moved to Harvard where he would live until his passing. In 1960, Peter graduated from Curry College with a Bachelor of Science in Business Administration. Following in his father's footsteps, he was Master Mason for 62 years. In 1964, Peter enlisted in the Massachusetts Army National Guard where he served until 1967, raising to the rank of Staff Sgt of the 1st Battalion, 110th Armory. In the early 1960's, Peter began to work as a real estate agent; soon after he founded Harvard Realty. Over the years he helped thousands navigate the process of buying or selling a home in the Harvard area.

In 1964, Peter became a member of the Harvard Fire Department. The fire department would become a second family. Peter was an active member of the department, assisting with the many ham and bean suppers, chicken BBQ's, turkey raffles, and weekly firefighters' musters during the summers. Peter was appointed Lieutenant in 1992, Deputy Chief in 1994, and Chief of Department in 1996. As Chief, Peter was extremely active in the area chief meetings, Fire Chief's Association of Massachusetts, and Mid-State Mutual Aid Association. In 2001, Peter gave up the real estate business to become Harvard's first full-time fire chief, a position he held until his retirement from the fire service in 2004.

In 1972, Peter was asked by the Board of Selectmen to assist in the establishment and lead the newly founded Harvard Ambulance Service. He served as its director from inception until his retirement from EMS in 1986. Among his other commitments to community service, active in the Ayer Rotary Club for over 40 years, served as a Trustee of the North Middlesex Savings Bank for many years, member of the Harvard Board of Selectmen, Harvard Board of Assessors, and Harvard Charter Commission.

When Peter wasn't helping others around Harvard, he would spend his weekends and several weeks each summer at his home on Lake Wentworth in Wolfeboro, New Hampshire. He was the second of five generations of Warren family to enjoy Lake Wentworth. Peter; however, couldn't spend all his time relaxing at the lake, he served on the Point Breeze Association Board and later the Holden Shore Association Board. In most recent years, Peter would volunteer for the Lake Wentworth Association as a Lake Host.

Peter leaves behind his wife June of 62 years, is predeceased by his daughter Deborah (Warren) Perry, and is survived by his son Peter (Rob) Warren and his wife Sherry, three grandchildren; Andrew Perry and his wife Loralee, Krystal (Warren) Hartwell and her husband Johnny, and Justin Warren, four great-grandchildren; Deborah and Emma Perry, Mikey and Grace Hartwell.

Family and friends will gather for calling hours on Friday March 25th 2022, 4pm-7pm, at Badger Funeral Home, 347 King Street, Littleton MA. Burial will be held privately; a Celebration of Life will be announced at a later date.

In lieu of flowers, memorial contributions may be made to:
Friends of the Harvard Council on Aging
PO Box 474
Harvard MA 01451
or
Loaves & Fishes Food Pantry
PO Box 1
Ayer MA 01432