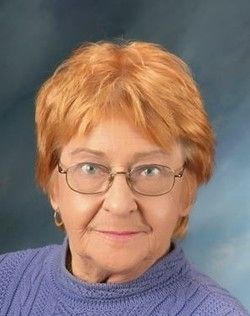 Phoebe Rae Gregory was born January 23, 1935, in Franklin, Pa., to the late Clifford and Dorothy Gregory and was raised in near-by Cochranton, moving to Santa Rosa, California, with her parents for high school.  She lived in San Francisco, Hollywood, Los Angeles, and New York City before settling in the Boston area in Ayer, Massachusetts in an 1860 farmhouse with her three cats, Max, Mouse and Jenny. She was a longtime resident of the Ayer community, and taught theater arts at the Boston Conservatory, retiring in June 2013.  Phoebe was a writer, director, actress, and environmental activist who loved animals above all.  Her many interests included theater, music, science fiction and fantasy, environmental ethics, conservation, and history.

Phoebe Wray started as a stand-up comedienne in San Francisco and by a happy but circuitous route toured as narrator/dancer with refugees from the Beijing Opera, was the leading lady at several Shakespeare Festivals (Merry Wives, As You Like It, Henry VIII, Twelfth Night, Macbeth and others), a part of the comedy/jazz trio Shelton, Blake & Wray moving from one bistro to another (including the old Sands in Las Vegas and the Bon Soir in NYC), acted and directed in a number of summer stock venues, and did significant work in the Off-Off-Broadway movement of the 60’s as an actress and director at La Mama’s and Caffe Cino.  She was Artist in Residence at Colby College and a Mellon Fellow at Yale; taught at the University of Southern California, Skidmore, and Bradford College.  She taught Acting for Dancers, History of the Theatre and Cultural Perspectives at The Boston Conservatory and wrote poetry, science fiction novels and non-fiction on endangered wildlife.

She left New York for Boston, and founded a non-profit international environmental education group and started writing teaching materials and public information on endangered species and marine mammals. She was an advocate as well, and three times served on the official United States delegation to the International Whaling Commission.  She attended University of California, Berkeley, University of Southern California, Harvard University, The University of Akron, The New School (NYC), and CCNY.   She taught at USC, Bradford College, and The Boston Conservatory and retired in June 2013 after 45+ years of teaching Acting and History of the Theatre to undergrads, and Cultural History in the grad school.  Her published fiction novels include Jemma 7729, In Adam’s Fall, and J2.  She was a founding member and past President of Broad Universe, an international organization supporting women authors of science-fiction, fantasy and horror.

“I’ve been writing since I could write, and was telling stories before then, much encouraged by my family. My early dream was to be a newspaper reporter, especially a foreign correspondent. I started to pursue that but instead ran away with the circus, so to speak, and became a stand-up comic. From there I went into the theatre, studying and working, eventually also writing plays and songs and directing. But I didn’t stop writing. I had poems published, did theatre reviews, and have always kept a journal.

I started making up stories before I could actually write, encouraged by my family, especially my Dad, who was a great story-teller. My nick-name was “Phoebe the Fibber,” not because I told lies, but because I would make up a story on demand. Adults indulged me shamelessly, I’m afraid, but it only made me eager to learn to write and read. My first poem was published in the local weekly newspaper of my small hometown when I was nine. It was dreadful doggerel but had perfect rhymes. I was the editor of our class newspaper in the 5th grade.

My ambition was to be a journalist, especially a foreign correspondent. That had a romantic, exciting allure, and I went slinking around in a trench coat. I majored in journalism at Santa Rosa (California) High School, was editor of the school newspaper in 11th and 12th grades, and worked as a reporter and music critic for the daily Santa Rosa Press Democrat. I also served briefly as Assistant Editor of The Montgomery Village News.

Then I ran away with the circus, so to speak, and became a stand-up comic in the avant-garde cabaret clubs of San Francisco. I had always harbored a secret desire to be an actress-well, what else is a story-teller?-and finally wrote my own comic material and started a long career in the theatre. I quickly moved from clubs to the stage, settled down to serious study of the art, and eventually made it to New York City. I had a nice career for a dozen years, mostly Off-Off-Broadway (the avant-garde, again!), Off-Broadway, cabaret revues, summer stock, and regional theatre.

But I never gave up writing. I supported my theatre habit by writing travel brochures for travel agencies and airlines, promotional copy, song lyrics, an occasional scholarly essay for journals such as Modern Drama, poetry (in Cat’s Magazine, Quartet), and, of course, plays, some of which were done in NYC, Boston, London and, I think, elsewhere.

I switched gears again, left New York for Boston, and founded a non-profit international environmental education group and started writing teaching materials and public information on endangered species (especially the neglected ones like bats, manatees, and the unarmored three-spine stickleback), and marine mammals. I was an advocate as well, and three times served on the official United States delegation to the International Whaling Commission, the treaty organization that meets annually to divvy up what’s left of the whales, not always a happy time. I wrote white papers, teaching kits, articles, fact sheets.

I’m still writing for the environment, most recently an essay on people’s involvement with dolphins for The Encyclopedia of Nature and Religion, but spend my “other” time teaching in the Theatre Division of The Boston Conservatory. I had always promised myself that “someday” I would get around to writing fiction. And so I have.

I write dystopias, although I consider myself an optimistic person. I'm interested in how we govern ourselves--how we find the balance between power and personal freedom.

Memorials may be made in Phoebe’s name to the Humane Society, Mass. Society for the Prevention of Cruelty to Animals, or an animal charity of your choice.