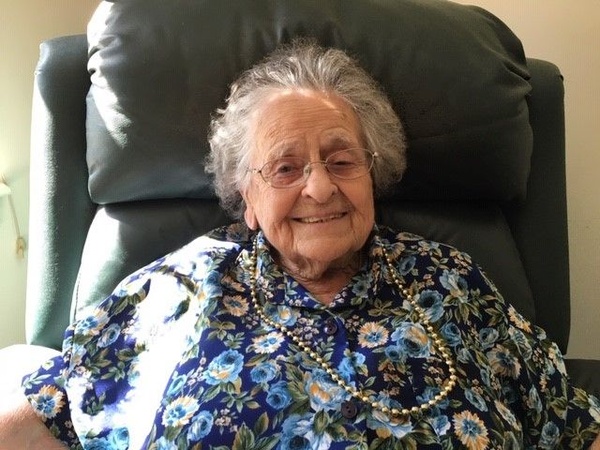 As a young woman, Priscilla went into nurses' training, attending the Evangeline Booth Maternity Hospital in Boston, finishing her course of study in 1940. During World War 11, she served as a nurse through WAVES, Women's Auxiliary Volunteer Emergency Service, following two of her older brothers who enlisted for active duty.

Priscilla and George met at a square dance in 1950. They married in 1951, and settled in Littleton at 163 King Street where they were to live their entire married life. Priscilla assisted her husband in the family business of raising and selling chickens at The Caldwell Poultry Farm, located at 169 King Street until 1960 when construction of Interstate 495 took 11 of the 13 acres of farmland. Her love for gardening and houseplants allowed Priscilla the opportunity to create a small family business, Caldwell Perennials and Houseplants, that thrived for over 45 years.

Priscilla and George were faithful Littleton Minutemen, enjoying marching in local parades and representing Littleton in patriotic festivities for over 25 years, oftentimes with grandchildren at their sides. They stayed young and active by regularly running 5K's, 10K's, and marathons as well as square dancing every weekend for over 45 years.

Priscilla enjoyed golf and annual golf outings with the family. Camping trips are remembered fondly as well as the hosting of summertime picnics and reunions attended by the many Currier siblings and families.

Funeral services for Priscilla will be held on Thursday, October 18 at 10:00 AM at the Congregational Church of Littleton, 330 King Street, Littleton, MA 01460.

In lieu of flowers, donations in Priscilla's memory may be made to:
Emerson Hospital
133 Old Road to 9 Acre Corner
Concord, MA 01742