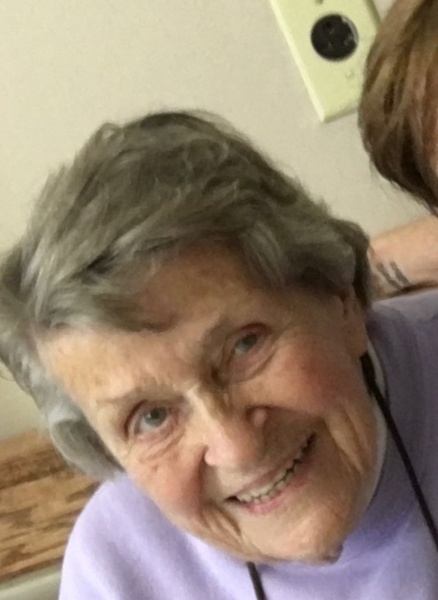 Priscilla Ingalls died peacefully in her own bed in the presence of loved ones on September 13, 2020. She was 93 years old.

Priscilla was born on June 11, 1927 in Newton, MA, a daughter to the late Margaret "Peg" (Lane) and John Fischer Wheelock.

Priscilla grew up in the Auburndale section of Newton and graduated from Newton High School. She later attended Stephen's College in Missouri and Katherine Gibb School in Boston.

Priscilla is predeceased by her husband Charles F. Ingalls whom she married in 1953.

Mr. and Mrs. Ingalls moved to Peterborough, NH in 1966 and Priscilla was later employed by the Peterborough Savings Bank and the Keating Insurance Co. She served as a volunteer for the Monadnock Visiting Nurse Association and more recently at the Serendipity Shop in Peterborough.

Priscilla leaves behind her five children; Charles Ingalls, Jr, and his wife Sue, twin daughters "Cindy" and "Candy" Ingalls and her husband Michael, Sons Chris and Clifford and his wife Kerry. She is further survived by her sisters; Gretchen Orme of Peterborough and Carol Melinn who predeceased her in 2019. Priscilla will be especially missed by her ten grandchildren and six great-grandchildren as well as her dear friend Beverly Frink of York, ME and "Smokey," who introduced her to the unconditional companionship and loyalty of a dog.

At Priscilla's request there will be no services.

At her suggestion, contributions in her name may be made to the Monadnock Community Hospital or the Peterborough Fire and Rescue Dept.