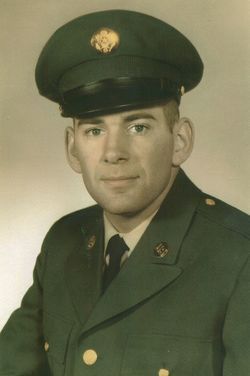 Ayer - Ralph W. Wilson, 73, of Ayer, passed away peacefully on Thursday, September 17, 2015. He was born on December 4, 1941 son of the late David and Edna (Heath) Wilson. He was also predeceased by three siblings, Joan Roberts, Ernie Wilson and Russell Wilson. He grew up in Westford and moved to Littleton in 1956, graduated from Littleton High School Class of 1961 excelling in woodworking, and received an award in citizenship.

Ralph was drafted into the Army during the Vietnam Era, serving his country for six years. He was in active duty from 1964 to 1966 in the 720th Military Police Battalion, Company B, stationed at Fort Hood, Texas. Ralph's Battalion was part of the rapid reaction force for the protection of President Lyndon B. Johnson during his stays at the Johnson ranch in Texas. Ralph was selected to provide protection for the Voting Rights March led by Dr. Martin Luther King, Jr. from Selma to Montgomery, Alabama, which was the first successful march to the steps of the Capitol Building at Montgomery for equal voting rights during the civil rights movement.

Ralph was a devoted husband and family man, a talented craftsman and carpenter who took great pride in building houses, especially the house he built for himself and his wife to raise their two daughters. In addition to working for home builders, he also helped his sister rebuild her family's house after a fire. His life's mission was to keep people safe. He was also a member of the Ayer American Legion and the Federated Church of Ayer.

He leaves his wife of 48 years, Barbara (Allen) Wilson of Ayer; two daughters, Amanda Durkin and her husband Paul of Worcester, and Sarah Wilson of Concord; and three grandsons, Brad Durkin, Kevin Durkin, and Shawn Durkin of Worcester. He also leaves his brother David J. Wilson and his wife, Elsie of Westford, and many cherished nieces and nephews.

Visiting Hours will be held at the Badger Funeral Home, 347 King Street, Littleton on Wednesday, September 23, 2015 from 6:00 to 8:00 p.m. Funeral services will begin at 10:00 a.m. on Thursday September 24 at the Badger Funeral Home followed by burial with full military honors at Woodlawn Cemetary in Ayer. In lieu of flowers, memorial donations may be made to NAMI North Central Massachusetts PO box 442 Fitchburg, MA 01420. Or at www.namimass.org. Please see www.badgerfuneral.com