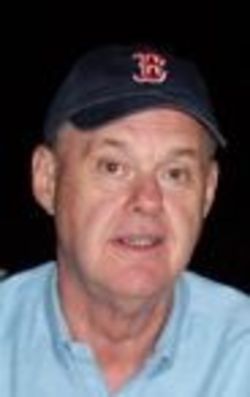 Richard E. Baum Sr., 69 of Phillipston, MA, formerly of Pepperell, MA, died on January 21, 2016 at UMass Memorial Medical Center in Worcester. He was born in Cambridge, MA on January 22, 1946 son of the late Joseph and Dorothy (Smith) Baum. Dick served in the U.S. Air Force during the Vietnam Era. He worked for Digital Equipment Corporation, then owned and operated West Groton Services for many years before becoming President of Compatible Software Systems.

Dick was very active as a police officer, firefighter, and EMT in many towns including Maynard, Carlisle, Westford, and Pepperell. He was a member of Tahattawan Masonic Lodge AF and AM of Littleton. He was also a life member of the Townsend Rod and Gun Club.

Dick is survived by his former wife Linda May Baum of Winchendon, MA, his children Wendy Carroll of Nebo, NC, Melissa Richard and her husband John of Tewksbury, MA, and Richard Baum Jr and his fiancé Amanda Nowicki of Phillipston, MA, and his is grandchildren, Miranda Carroll, Shawn Carroll, Michael Carroll, Jordan Richard, Ava Richard, and soon to be born Baby Richard. He is also survived by his beloved Uncle Frank McAnulty.

Visiting hours will be held on Thursday January 28, 2016 at Badger Funeral Home, 45 School Street, Groton, MA, from 4-8 PM with a Masonic Service at 7:30 PM. Military Honors will be rendered at Massachusetts Veterans Memorial Cemetery, 111 Glenallen St. Winchendon, MA on Friday January 29, 2016 at 2 pm.

In lieu of flowers, contributions in his memory may be made to Angel Fund, Tahattawan Lodge, P.O. Box 452, Littleton, MA 01460. Please see www.badgerfuneral.com