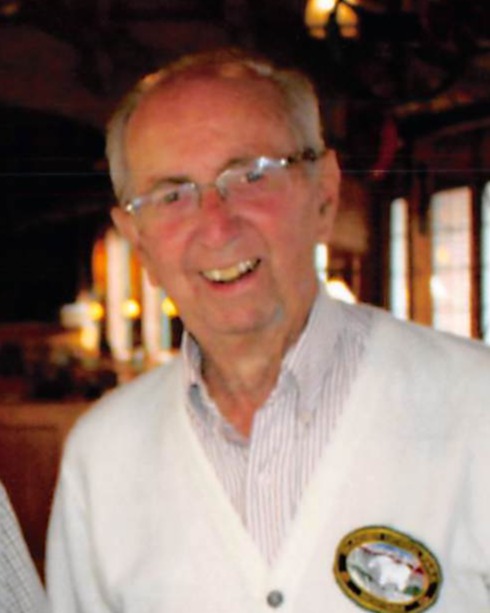 Richard Henry Lamburn, a lifelong resident of Carlisle and Westford, passed away peacefully at home surrounded by his loving family after a long courageous battle with Parkinson’s disease.  Dick was a graduate of Concord High School, class of 1953.  In 1958 he graduated from East Coast Aero Technical School.  He proudly served in the U.S. Army during the Korean - Vietnam War plus 6 ½ years in Reserves.

Dick was Vice President of the A.F. French & Company in Lowell, MA.  Upon his retirement he worked for many years at Kimball Farm in Carlisle, MA where his infectious smile and generous heart earned him the title “the Mayor of Carlisle”.  He proudly served as a Westford Minuteman for over 25 years.  He was an active member of the First Baptist Church of Littleton, a Finance Committee member in addition to maintaining the church chimes for many years.

Richard was the devoted husband of Beverly Kimball Lamburn for 63 years.  He will be remembered as a proud, supportive father to his three children; Janet Lamburn Friot and her husband Chris; Judith Thompson and her husband John; and his son Donald Kimball Lamburn.  He was a loving grandfather, affectionately known as “Pop Pop” to his seven grandchildren; Christopher Friot and his wife Irene, Jillian Friot, Olivia, Julia and Victoria Thompson, and Aidan and Parker Lamburn.  He leaves his sister, Deborah Toher and her husband David and his niece Jacquelyne all of Carlisle.  Also, his sister-in-law Barbara Holmer and her husband John, his lifelong childhood friend, Carl Andreasen of Carlisle and his loving, supportive nieces and nephews; Michael, Peter & Laurie Kimball, Jean & David Lizotte and Jim Holmer.

He was predeceased by his parents, Henry and Marion Lamburn, his in-laws John and Clara Kimball, brother-in-law and sister-in-law Stanley and Katherine Kimball and his nephew, John Holmer, Jr.

Dick enjoyed all sports, especially baseball and being outdoors with nature.  He loved and cared for all animals, especially his springer spaniels and his mallard ducks.  He lovingly built his own boat the “Miss Beverly” in honor of his wife.  He enjoyed time spent at his cottage in Maine on the ocean.  He also liked wood carving, thoughtfully creating and painting handmade signs for family and friends as well making his famous homemade apple pies.  His passion for antique cars allowed him to restore his prized 49’ Ford.  He was a true gentleman who always thought of others before himself.

The family of Richard wishes to express their sincere appreciation to his amazing, devoted caregivers; RoseMary and Apollo.  Their selfless compassion and care brought him much joy and enabled him to fulfill his dream of living in his own home surrounded by family and friends.  They are a blessing to our dad and our family.

A Celebration of Life will be held in the Spring at Green Cemetery, Carlisle, MA, followed by an ice cream reception at Kimball Farm, Carlisle, MA. Arrangements under the care of Badger Funeral Home, A Life Celebration Home, 347 King Street, Littleton, MA 01460 978-486-3709

In lieu of flowers those wishing may make a donation in Richard’s memory to: