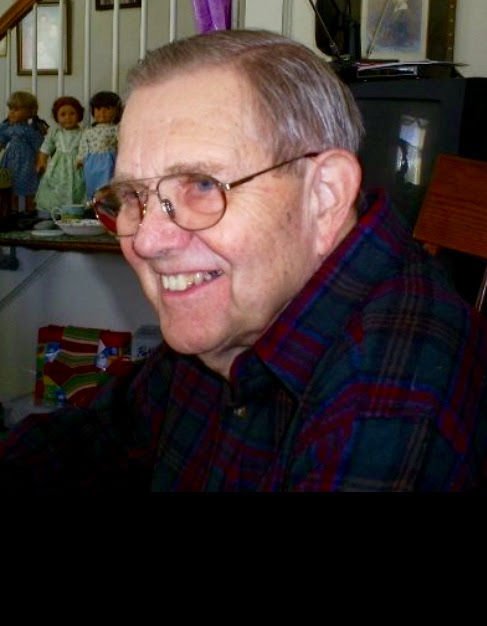 Richard F. Packard, Sr., a longtime Littleton Resident passed away peacefully on Saturday, February 17, 2018 at home with his wife by his side. He was 90 years old.

Richard was born in Lewiston, ME on September 14, 1927, a son to the late Charles and Lillian (Woodbury) Packard. Never calling any single place home for too long, he and his family moved quite a few times to various towns around New England in his childhood. Richard once recalled 22 family relocations while growing up. Upon graduation from Brattleboro Union High School in Vermont, Richard honorably served his country in the U.S. Navy as an electronics technician.

Richard met his wife, Bernice (Ellis) at a square dance at the Seamen's Club in Boston. The couple celebrated their 69th wedding anniversary on February 12, 2018. They were married at the Unitarian Church in Littleton, and began their married life at Bates College in Maine. After leaving Bates, Richard and his family moved to Massachusetts, where he was a technician for Raytheon and for MIT's Lincoln Lab. From 1953 to 1966, he worked as a radio frequency engineer in Maryland at the Glenn L. Martin Co. and at the Research Division of Electronic Communications, Inc. He obtained a bachelor of science in 1961 from McCoy College, Johns Hopkins University. In 1966, the family returned to Massachusetts where Richard joined the MITRE Corporation as a radar engineer and remained until his retirement as a group leader in 1991. His work at MITRE included assignments as a consultant to the U.S. Air Force in California, Alaska, England, and Greenland.

At various times, Richard and Bernice were active as leaders of Cub Scouts, Boy Scouts, and Girl Scouts. He had been a member of the Bates Outing Club and they were members of the Mountain Club of Maryland. He was active in Littleton town affairs and served on the Planning Board for multiple terms. Richard spent his retirement years as a volunteer: treasurer for the Littleton Historical Society; three years as editor and publisher of Packard's Progress, the quarterly genealogical newsletter of the national Packard and Allied Families Association; and as a worker and board member of the Loaves and Fishes food pantry at Devens, MA.

Funeral services for Richard are private. In lieu of flowers, memorial contributions may be made to:
The Boy Scouts of America
1325 West Walnut Hill Lane
Irving, Texas 75015-2079