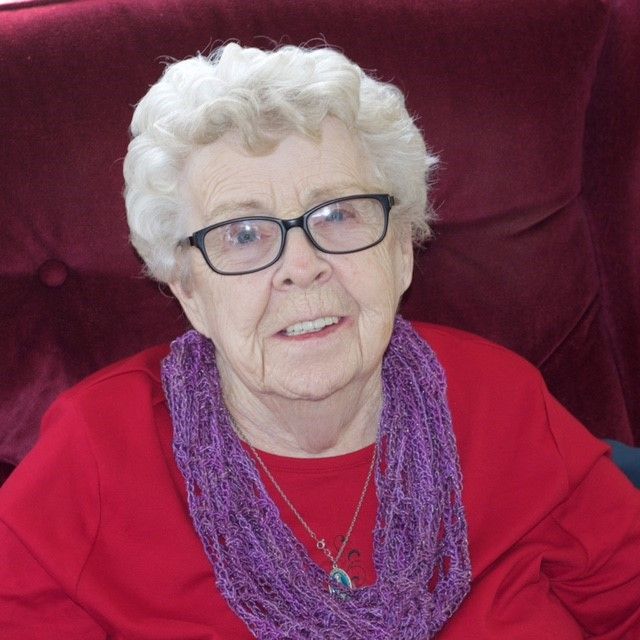 Rita Catherine (O'Leary) Biagioni age 84 of Littleton passed away peacefully on Wednesday, August 2, 2017 at her residence she was the wife of 64 years to Joseph A. Biagioni.

Rita Catherine O'Leary was born in Boston on November 8, 1932 the daughter of the late Martin and Mary (Garrity) O'Leary both Irish immigrants.

Raised and educated in Somerville Rita graduated from Somerville High School with the class of 1950. She married Joe on October 5, 1952 at St. Catherine Church in Somerville and in 1962 moved to Littleton. Rita was a devoted wife and proud mother who was fortunate to remain at home for many years to take care of her children. Later she worked at Life Care Center of Littleton as a food service supervisor where she developed many long-lasting friendships. Rita was also a member of St. Anne Parish in Littleton and also enjoyed word search puzzles and making apple pies and turnovers with her beloved husband Joe.

Along with her husband she is survived by her loving children Carol Hickey and her husband James of Wakefield, Joseph A. Biagioni and his wife Sue of Douglas, Laura Saporito and her husband Richard of Wilmington and Paul E. Biagioni and his wife Rita of Littleton. She is also survived by her eight devoted grandchildren Kevin, Keith and Kenneth Hickey, Michael Biagioni, Emma and Christopher Saporito and Nicole and Giana Biagioni and five great-grandchildren Jack, Quinten, Thacher, Timothy and Benjamin. She was also the sister of Margaret Walden of Merrimack, NH, Robert O'Leary of Twin Mt. NH and the late Mary Roache, Theresa Costello and Thomas O'Leary.

Family and friends will gather to honor and remember Rita on Monday, August 7 from 4:00-7:00 pm in the Badger Funeral Home, 347 King St., Littleton. Her funeral mass will be celebrated on Tuesday at 10:00 am in St. Anne Parish, 71 King St., Littleton. Interment will follow at Westlawn Cemetery, Littleton.

Donations in her memory may be made to Nashoba Hospice Service, 3 Patterson Road, Suite 3, Shirley, MA 01464