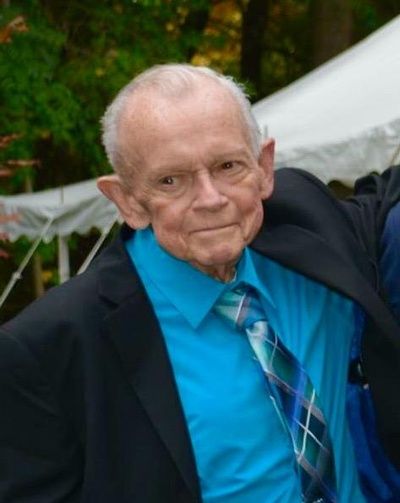 Robert J. Callinan, age 82, a longtime resident of Pepperell died on Sunday morning, November 5, 2017 at his residence surrounded by his loving family. He was the husband of Jacqueline R. (Proulx) Callinan with whom he shared 57 years of marriage.

He was born in Boston, MA on February 15, 1935, the son of the late John J. and Helen (Crawley) Callinan. He was educated in the Cambridge School System and later entered military service with the U. S. Air Force serving during the Korean Conflict. Prior to his retirement, he was employed for 25 years as an Electrical Engineer at Raytheon in Waltham, MA. After moving to Pepperell in 1964, Mr. Callinan served as a Eucharistic Minister and Usher for several years at Our Lady of Grace Parish, worshipping at St. Joseph’s Church in Pepperell. After retirement, he was employed as a Custodian at Peter Fitzpatrick School and Conway Chevrolet in Pepperell. He was respected by all and will be greatly missed.

Besides his wife of 57 years, he leaves a son, Timothy R. Callinan and his wife Christina of Georgia; a daughter, Sheryl Ouellet and her husband Gervais of Nashua, NH; two sisters, Marie Napoles of North Carolina and Patricia Wallent of Southborough, MA; a grandson, Tyler J. Kenney and close friend Mikaela Murphy of Townsend as well as many friends and close associates.

There are no calling hours. A funeral mass will be celebrated on Tuesday, November 21, 2017 at 11:00 a.m. at Our Lady of Grace Parish, worshipping at St. Joseph Church, 28 Tarbell Street, Pepperell. Memorial contributions may be made to the American Heart Association.