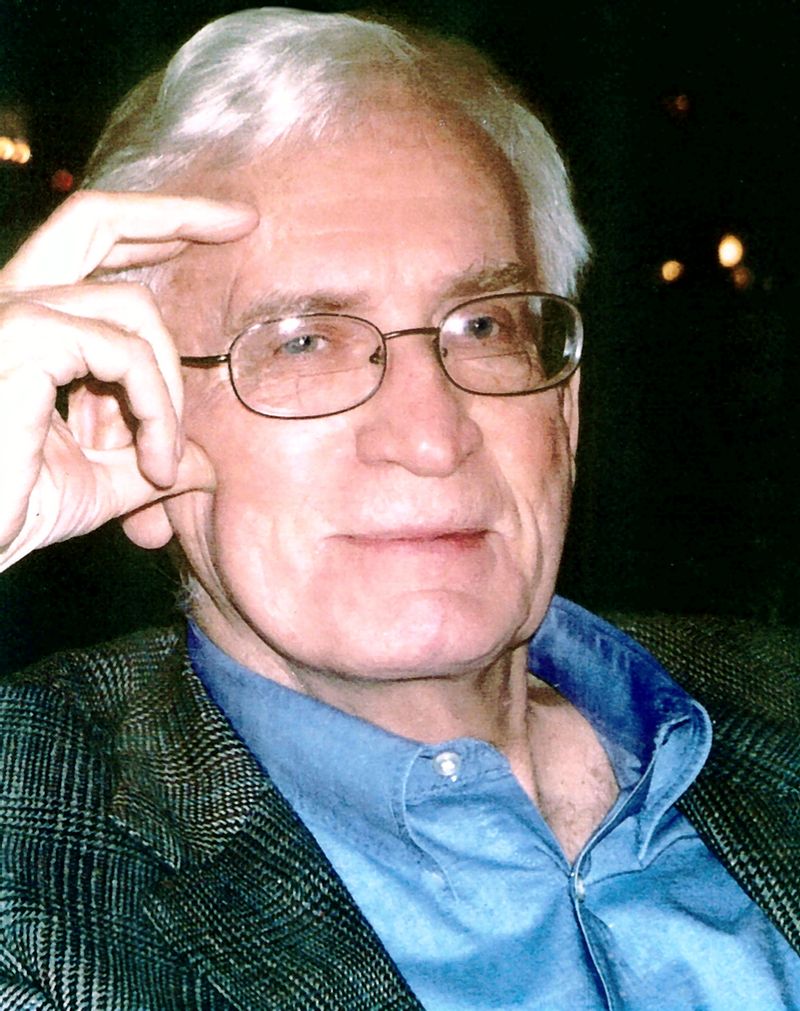 Robert ("Bob") W. Driver, 90, of Leominster, MA passed away on May 18, 2021 at UMass-Memorial Medical Center in Worcester after a heart attack.

He was born on October 30, 1930 in Tunkhannock, PA to Z.R. and Daisy Driver. Z.R. worked in road construction throughout Pennsylvania, and Bob lived in 15 different towns by the time he graduated from high school. He worked for the FBI as a fingerprint clerk, then served in the U.S. Navy as a radioman for four years before attending Bucknell University where he earned a B.A. in English and political science. While at Bucknell, he wrote a column titled "The Driver's Seat" for the campus newspaper, and went on to earn an M.A. in journalism from Syracuse University. He began his career as a reporter for the Syracuse Herald-Journal and the Toledo Blade. In 1957 he married Dadgie Steinkamp, with whom he had two children. He held public relations posts in education, business, architecture-engineering and healthcare. In the early 1970's Bob settled in Florida with his second wife, Dorothy Parmer, until her passing in 1999. From 1978 to 1989 he was the editorial page editor and a daily columnist for the Clearwater Sun, and was twice elected a city commissioner in Indian Rocks Beach, FL. After his retirement to Massachusetts in 2002, he continued to write "The Driver's Seat" each week for the Tampa Bay Newspapers until a few days before his death.

Bob's complete life story is told in a touching and heartfelt tribute written by Chris George, published in the Clearwater Beacon on June 1, 2021:

Bob will be remembered as a wonderful listener and conversationalist interested in everyone he encountered, especially family and friends, many of whom he reached out to years after last seeing them. Whether speaking with a store clerk, a doctor or nurse, or a customer service representative answering the phone on the other side of the world, he always introduced himself and asked how they were doing and how they liked their jobs. He was a loving man who delighted in looking after his grandchildren as they were growing up, sharing books and his love of movies and music. He offered acceptance and support to all, especially those in need of encouragement and wisdom. He was proud to have celebrated his 55th year of sobriety in February. Bob was clever and witty, traits which were reflected in his columns. His topics were broad and varied, and even the most mundane subject became a source of insight and humor. His musings both informed and brought smiles to many, especially to those he called his "faithful readers" over many decades.

Bob is survived by the love of his life of 18 years, Liz Armstrong, of Gulfport, FL; his daughter Barbara Keast (Craig) of Groton, MA; his son James of Royalston, MA; and his grandchildren Alexander, Meredith, Jeremy and Rebecca Keast of Groton; his sister Carol Snow, and brother Michael Driver (Nancy), both of Dauphin, PA, as well as several nieces, nephews, and their children. He was pre-deceased by his older brother, David Driver. He also leaves his beloved cat, Ellee, who shared his love of classical music.

Services will be private. As an expression of sympathy, memorial donations may be made to: