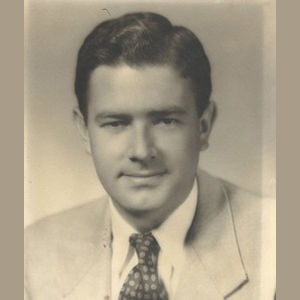 Robert A. Jackson age 88 of Littleton formerly of Watertown passed away on Friday, December 23, 2016 at his residence. He was the beloved husband of 66 years to Rosemary (Farber) Jackson.

Born in Cambridge on July 11, 1928 he was the only son of the late Henry F. and Margaret (Sangeleer) Jackson. Raised and educated in Watertown Bob graduated from Watertown High School and then enlisted in the United States Navy where he served as a Corpsman at the Chelsea Naval Hospital.
Bob attended and graduated from Penn State University first earning a Bachelor of Science Degree in Biology. He later earned his Master's of Education at Boston State College and a Certificate in Advanced Graduate Studies in Health Education from Boston University. Bob was a science teacher for many years at Watertown High School.

A devoted family man, Bob enjoyed spending time with his family, he also enjoyed, fishing, hunting with his two best friends Don MacIssac and Joe Coughlin. and the great outdoors.

Along with his wife he is survived by his children Karen Allen and husband Bob of Saugus, Patricia Jackson and Terry Oliver of Ripley, ME, Richard A. Jackson and wife Lynda of New Durham, NH, Judith Murray and husband Jack of Fitchburg and Kathleen Windward of Sturbridge. He is also survived by his nine grandchildren Ben Jackson, Bob Salvato, Lisa McNeilly, Jeanna Smith, Rosemary Haskell, Steven Windward, Nathan Haskell, Sean Brennan, Daniel Brennan and nine great-grandchildren Tristan, Morgan, Aiden, Annah, Sophia, Jude, Ben, Carter and Miles. He was predeceased by his sister Joanne Jackson.

Family and friends will gather to honor and remember Bob on Thurs. Dec. 29 from 4-8 pm in the Badger Funeral Home, 347 King St., Littleton His funeral service will be on Fri. at 11:00 am in the funeral home. Burial will be private.

In lieu of flowers donations in his memory may be made to The Home for Little Wanderers, 10 Guest St., Boston, MA 02135.

Notes: He was a great storyteller, relating his experiences in bootcamp, at the Navy Hospital in Chelsea where he helped deliver his firstborn child.