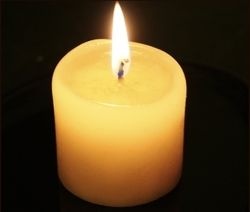 Robert W. MacQuarrie, age 68 and lifelong resident of Forge Village, Westford passed away suddenly on Saturday, Nov. 12, 2016 at his residence.

Born in Boston on April 25, 1948 he was the son of the late Wallace E. and Marion J. (Ciolek) MacQuarrie.  He received his education from Westford Academy class of 1966.

A proud veteran of the Vietnam War, Bob served with Naval Mobile Construction Battalion Three Seabees in the United States Navy and was awarded the Purple Heart for wounds received in action.  He was honorably discharged on January 21, 1972.  Upon his return home Bob furthered his education at the University of Massachusetts Amherst graduating with a Bachelor of Science Degree in 1976.

In January 2010 Bob retired from the U.S. Postal Service where he worked for 28 years.  Among his many interests Bob enjoyed hunting, fishing and playing golf.

He is survived by many cousins and friends.

Family and friends will gather to honor and remember Bob for a graveside service on Thursday, Nov. 17 at 10:00 am at New Highland Cemetery, 29 Town Farm Road, Ipswich.