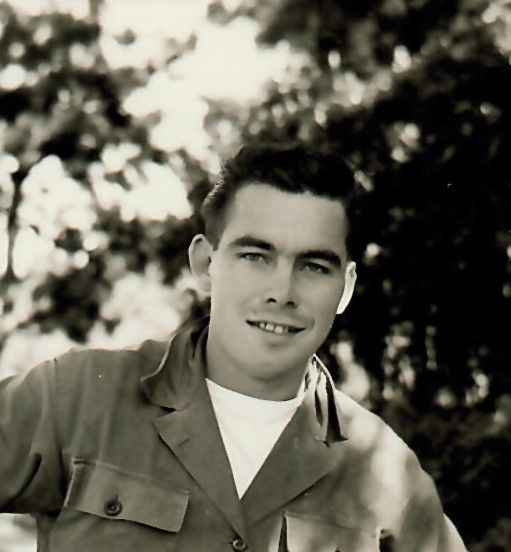 Robert Joseph Moran age 83 of Littleton passed away on Thursday, February 16, 2017 at his residence surrounded by his loving family. He was the husband of the late Nancy M. (Jossick) Moran who died in 1995.

Born in Wallingford, CT on April 19, 1933 he was the son of the late John Sr., and Jane (Fitzsimmons) Moran. Bob attended Lyman Hall High School graduating in 1950, while in high school he played quarterback for the varsity football team and point guard for the varsity basketball team. Bob then enlisted in the United States Army and proudly served his country during the Korean Conflict as a corporal in the signal corp. He excelled in his boot camp training and was later offered a position as a drill training instructor.

Upon his return home Bob attended the University of Bridgeport earning a degree in Mechanical Engineering. He also met the love of his life Nancy Marie Jossick. They married and settled in Littleton.

Bob began his career as an Engineer for Univac he then worked for Honeywell and several other companies before starting his own machine shop Moran Machine in 1972 in the basement of his home. In 1983 the company relocated to Great Road where is still operates successfully today. Bob was a trusted and admired mentor by many who worked with him. His dedication, loyalty and hard work ethic were paramount to his success. Bob's clever mind was always at work reinventing and improving many devices used in the printing and sewing industries. He was awarded several patents for several of his unique concepts and ideas.

Bob is survived by his children, Traicy Willis Barrett and her husband Lincoln of Shirley and her children Vaughn Willis, Willy Barrett and the late Shapleigh Willis, Kimberley Moran of Littleton and her children, Maxwell and Helena, Scott Moran of Littleton and his son Ryan Moran, A. Moran, Danielle Brouillette and her husband Jacob. He is also survived by his great-grandchildren Caeleb McGinley, Emmett LaColle and Zoey Brouillette and his sister-in-law Carol Moran of Wallingford, CT. He was predeceased by his brother John Moran Jr. and sister Joan Blier.

Family and friends will gather to honor and remember Bob on Friday, Feb. 24 from 4:00-7:00 pm in the Badger Funeral Home 347 King St., Littleton. His funeral service will be held on Saturday at 11:00 am at the Congregational Church of Littleton, 330 King St., Littleton. Burial will follow with U.S. Army Military Honors at Westlawn Cemetery, Littleton.