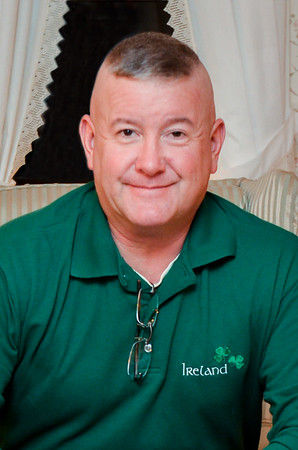 Robert was born in Lowell on September 8, 1962 the son of Eleanor M. (Regan) and the late James P. Ryan. Raised and educated in Lowell he graduated from Central Catholic High School. He later moved and settled in Groton then Ayer. Robert worked as a facilities manager with Boston University for many years.

His passion and love for the outdoors was evident, he enjoyed camping, snowmobiling and any other activity outside regardless of the climate conditions. He was also an avid New England Patriots Fan, Boston Bruins, Red Sox and golf. His family and friends were an important part of his life and he enjoyed spending time with all of them.

Along with his mother he is survived by his daughter Katherine Elizabeth Ryan and son Patrick Matthew Ryan of Groton, his former wife, Elizabeth Ryan, brothers, James D. Ryan of Lowell, Timothy J. Ryan and his wife, Brenda of Nashua, NH and Christopher M. Ryan of Biddeford, ME; and his nieces & nephew, Shannon B. Ryan, Jillian P. Ryan, Caden C. Ryan, and Callie M. Ryan. Also Daniel P. Regan Sr., and nine cousins. His son Matthew Robert Ryan predeceased him.

Family and friends will gather to honor and remember Bob on Saturday, June 24 from 1:00-3:00 pm in the Badger Funeral Home, 45 School St., Groton. Burial will follow at Groton Cemetery.

Donations in his memory may be made to:
Wounded Warrior Project