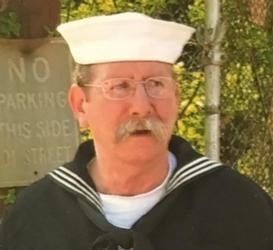 He was born in Shirley MA on September 26, 1945 to the late Robert J. Woodside Jr and the late Dorothy (Messer) Woodside. Robert was a Vietnam Veteran. He also worked at Bemis Bag Company for over 25 years. He retired in 1994.

Robert was an avid card player. He enjoyed and was very skilled at teaching people how to play cribbage, poker and blackjack. He had a great appreciation for music especially Christmas, no matter the time of year, and movies, primarily Westerns, and would relish in conversations regarding these topics. Robert was what you would call an outdoorsman. When he was younger, he really enjoyed bringing his children to the cabin to go hunting and teaching them about guns and safety in the woods. He also would bike ride, and as time passed, switched to walking. He would make use of the walking paths in town and had a daily routine that included walking around town each day. Robert also enjoyed candlepin bowling and was a part of multiple leagues throughout the years at Leda Lanes.

Robert will fondly be remembered by friends and family as always wearing a flannel with a Moxie in his jean jacket pocket, along with scratch tickets. You would also feel silly asking if he had fireballs because he always had them in his pocket.

Robert was predeceased by his parents Robert J. Woodside and Dorothy (Messer) Woodside; as well as his sister Kay Joslin and her husband Arthur Joslin.

Friends and family are invited to attend a memorial gathering April 6th, 2016 at Marchand Funeral Home located at 16 Pleasant St in Pepperell Mass from 5 pm to 7 pm. Following the memorial, there will be a gathering at the Pepperell VFW until 9pm.