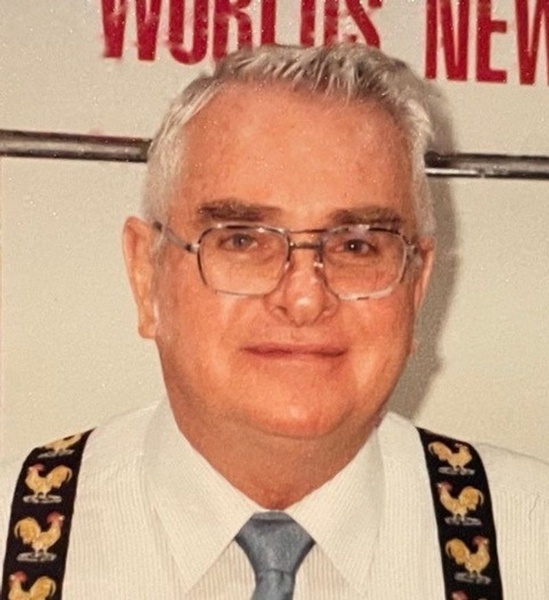 Roger Temple of Groton passed away peacefully in his home on the 27th of December, 2021 at the age of 90. Born Roger W. Temple on October 1, 1931 in Stow, OH to Roger M. Temple and Cannie Dearman Temple, he grew up on the family farm and attended Stow High School. He went on to get his Bachelor's Degree in Agriculture at Kent State University, followed by a 2 year enlistment in the Army. He was stationed at Fort Bragg, NC working as a Company Clerk at the Fort Bragg Hospital Medical Detachment. There, he met his future wife, Jean Dixon, who was a Social Worker at the American Red Cross at Ft. Bragg. They worked together coordinating emergency leaves and other services for Army Personnel.

After an Honorable Discharge from the Army, Roger studied for his Master's Degree at The Ohio State University and Jean followed him there, working as a Social Worker at the Ohio Tuberculosis Hospital located on the OSU campus. Roger and Jean were married on September 7, 1957. After graduating, Roger took a position with a poultry breeding company in Springdale, AR. During their time in Arkansas, both children, Julie and Craig were born.

In 1962, Roger took a job as a Poultry Geneticist for the Cobb Poultry Breeding Company located in Littleton, MA. Jean took a position with the Massachusetts
Department of Public Health in the Handicapped Children's Program and later became Region II Family Health Services Coordinator. In 1965, they built a house at the top of Skyfields Drive in Groton where they set about finishing the interior themselves along with the help of the "gang"—Julie and Craig.

Upon retiring from Cobb Poultry Breeding Company in 1986, Roger set out on his own establishing Temple Meat Breeders. This was a breeding company that targeted the specialized markets for black meat chickens, 3-yellow chickens and some other unique variations. He continued to maximize the breeding stock for fast growth and feed conversion in addition to their color characteristics. He finally retired from the chicken business completely in the 1990s.

Many would consider Roger to be a modern-day Renaissance Man. Not one to sit around, he was always learning, developing new skills, following many interests, staying informed and trying new ventures. There are many who have learned "a thing or two" from Roger!

A lifelong lover of travel, in the 1960s Roger took the family on many road trips across the USA to visit relatives in the South & West, see the National Parks, and explore anything interesting in between. In a very short time, everyone in the family had been to 48 of the 50 states!

Roger had learned to fly while at Kent State and finally got a Cessna Cardinal RG in the mid-1970s. The family did many trips in this plane, even coming in 2nd in the Bahamas Flying Treasure Hunt, the prize being tickets to Europe for the family. Roger and Jean furthered their travels, flying the plane as far north as the Arctic Circle and Alaska and as far south as South America. His travel for Cobb frequently took him to Asia. So he managed to see a lot of the planet.

Roger's farm upbringing instilled a love of gardening. Not content to grow just a few things, Roger, with the help of Jean and the "gang", rotated upwards of 15 crops in the home garden including flowers, corn, okra, famous tomatoes, pumpkins, gourds and grapes. He rented a farm in Westford, MA and set up garden plots for those without space to have a garden. This was called Family Gardens, with the motto "what you seed, is what you get"!

An abundant harvest in his vineyard led to winemaking, which he perfected annually with vintages starting in the 1980s all the way to 2021, which was just bottled this fall.

He shared the harvest with so many—most especially with his beloved neighbors who consistently pitched in to help and learn. In recent years he helped to organize the Groton Senior Center Garden, sharing his wealth of techniques and expertise with the local townspeople.

When it was too dark to work in the garden, Roger would get out his telescope and direct it towards the heavens to show everyone the planets and constellations. There are many who remember these "scope nights" and can still identify Orion, Cassiopeia and the Big Dipper because of these evenings.

.....And in the end, his family and friends know his legacy lives on in the knowledge and unique experiences that he shared with so many.…his charm and wisdom will be truly missed. PLEASE BE SURE TO SEE THE PHOTOS ON THIS SITE-- YOU WILL SMILE AND LAUGH!

No services are planned at this time.

Donations in Roger's Memory can be made to:
The Friends of Groton Elders
P.O. Box 289
West Groton, MA 01472