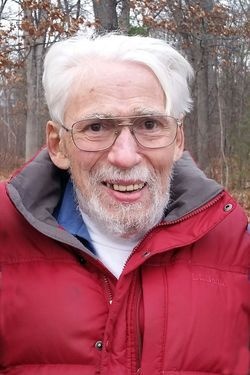 
Ronald M. Pickett, a long time resident of Littleton, MA, died peacefully in his sleep February 8, 2016 at his home in Littleton, surrounded by his family. Ron is survived by his wife of 52 years, Judy, his son Ethan Pickett and his wife Etsuko of Northville Michigan and his daughter Amity Saye and her husband Christopher of Tomball, Texas. He is also survived by his grandchildren Aya and Kai Pickett, Nicholas Whitney, and Matthew, Kelsey and Alyshia Saye. Preceded in death by his parents, Alpha and Louisa Pickett and five siblings, Charles, Louise, Herbert, Conrad Pickett and Ruth Ann Holmes.

Ron received his B.A in Philosophy from Dartmouth College, his M.A. and PhD in Experimental Psychology from the University of Michigan. He worked as an Assistant Professor at the Department of Psychology and an Associate Director of the Behavior Research Laboratory at Antioch College in Ohio. He left for Boston in 1964 to serve as a Research Associate in Experimental Psychology and later as an Assistant Professor of Experimental Psychophysiology at the Harvard School of Public Health. He was a Senior Scientist in the Information Sciences Division at Bolt, Beranek & Newman, Inc., and later became a Professor at the University of Massachusetts Lowell until his retirement.

He served as a 2nd Lt. in the Army during the Korean War from June 1955 until his discharge in January 1957.

He will be remembered for his kind heart, his passion for news and politics and his love of family and friends. He never met a chocolate dessert that he did not like.   He loved to drive and drove a taxi in Detroit during his graduate years. He continued his driving adventures taking trips to Kimball’s for early breakfast with his friends or to Kennebunkport to walk the beaches with his dog Max. He loved hiking in the White Mountains in New Hampshire, the Fitzpatrick Wilderness area in Wyoming, Oak Hill and his daily walk through Prouty Woods to Long Lake in Littleton.   Most of all he loved visiting his children and his six exceptional grandchildren.

A Memorial service and celebration of his life will be held on August 6th at 2:00 PM at First Unitarian Church, Littleton, MA. For further information please check this link . www.facebook.com/Memorial-Service-and-Celebration-of-Rons-Life

Donations may be made in Ron’s name to the Littleton Conservation Trust, P. O. Box 594, Littleton, MA 01460. http://littletonconservationtrust.org/donate/#memorial-gift