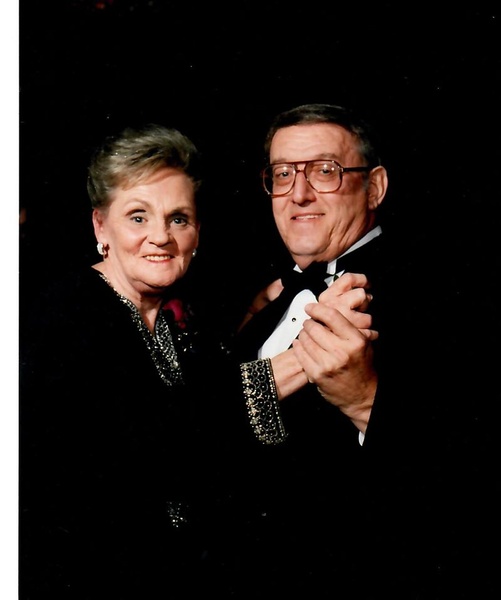 Rosemary (Kilbride) Cady age 81 of Groton passed away peacefully on Friday, January 27, 2017 at Genesis Westford House surrounded by her loving family. She was the loving and devoted wife of 61 years to Robert J. Cady.

Born in Somerville on February 5, 1935 she was the daughter of Canadian immigrants Ernerst and Mary (McIsaac) Kilbride. Raised and educated in Somerville, Rosemary graduated from Cardinal Cushing High School and later attended Salem Teachers College.

In 1956 she married and soon settled in Groton where together they raised their eight children. A devoted mother, homemaker and devout catholic, Rosemary dedicated her life to her family, friends, faith and was also a Girl Scout leader. Later in life Rosemary worked in various administrative and customer service positions and was also a volunteer at Emerson Hospital. She attended mass weekly and enjoyed watching faith based television. She also was an avid reader and enjoyed knitting and crocheting.

Along with her husband Robert she is survived by her eight children, Melinda A. Cady of Groton, Maureen C. Kane of Groton, R. Barry Cady and his wife Margarett of Melrose, Judith C. Black of Littleton, Laura S. Cawley and husband Richard of Hingham, Philip D. Cady and his companion Nancy Garcia of Rancho Palos Verdes, CA, Rosemary T. Sedlak and her husband Mike of Naperville, IL and Robin H. Curran and her husband Sean of Melrose. Also survived by 7 cherished grandchildren Nicole Lauria and her husband Anthony and Callie Black, Matthew Cawley and his wife Emily and Kurt Cawley , Ben and Sean Cady and Ryan Sedlak. She was also predeceased by her sisters Marie Hoole, Margaret Cunningham, Beatrice Connolly, Helen Kilbride and her brother Ronald Kilbride.

Family and friends will gather for visiting hours on Thursday from 4:00-7:00 pm in the Badger Funeral Home, 45 School St., Groton. Her funeral mass will be celebrated on Friday at 10:00 am in St. Catherine of Alexandria Parish, 107 N. Main St., Westford. Burial will follow at Groton Cemetery, Groton.