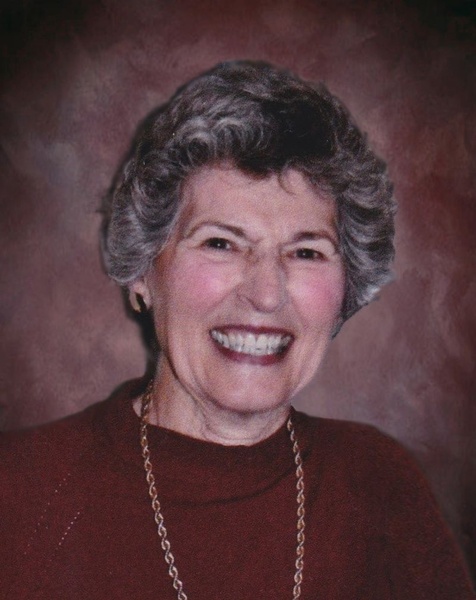 Rosemary (Farber) Jackson age 93, of Littleton passed away on Wednesday, November 10, 2021, at Rose Monahan Hospice House in Worcester surrounded by her children. She was the loving wife of 66 years to the late Robert Jackson.

Born on March 18, 1928, in Cambridge, Rosemary was the daughter of the late August and Lena (Richard) Farber. Raised and educated in Watertown, Rosemary attended Watertown High School and graduated in 1946.

Rosemary started her career at Union Market Bank in Watertown, she later sold Avon, Tupperware, Sarah Coventry Jewelry and aquired her real estate license. She worked around her childrens' schedules and retired after 30 years at Raytheon Executive offices.

Rosemary & Bob raised their five children in Watertown, later moving to Townsend, then settling in Littleton on Forge Pond where they hosted many family gatherings "up the camp." They later downsized to Hartwell Ave and welcoming neighbors Dick & Jane and Donna.

A positive and compassionate person in all aspects of her life, Rosemary cheerfully gave her attention and her time to others. A devoted mother, grandmother, and great-grandmother, she cherished time with her family. She also loved cooking, gardening, reading, working on puzzles, volunteering at Ruben Hoar Library in Littleton, spending time outdoors and in the company of others.

Family and friends will gather to honor and remember Rosemary for a period of visitation on Saturday, December 4, 2021, from 11:00 a.m. until 1:00 p.m. in the Badger Funeral Home, 347 King Street, Littleton. A memorial service will take place immediately after the visitation at 1:00 p.m. in the funeral home.

Rosemary donated regularly to organizations that helped disadvantaged and oppressed children around the world .Rosemary had a kind and generous heart for all God's children .

Please consider a donation in Rosemary's memory to VNAcare.org or the charity of your choice.