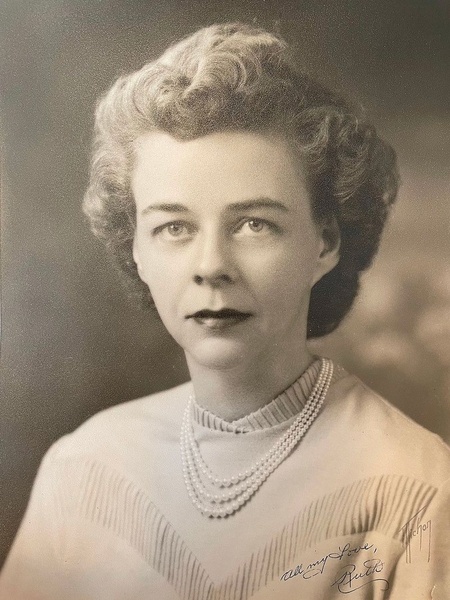 Ruth was born on January 17, 1922, to Elmer and Florence Sawyer and was a lifelong resident of Groton, Massachusetts.

During WWII Ruth worked at Fort Devens in the Army Service Forces, First Service Command Reception Center. After the war she worked at Table Talk Pies, as well as Simon Saw and Steel Company. It was while working at Simon's that she met her husband, Andrew.

Ruth's family was her number one priority. She enjoyed going for walks around the block, day trips to York, Maine and a hot cup of tea.

Ruth was predeceased by her husband Andrew and her daughters Anne Waddell and Jean Waddell. She is survived by her daughter Joan MacEachern, and her two grandson's Mark MacEachern and Thomas MacEachern.

Family and friends will gather to honor and remember Ruth for a period of visitation on Monday February 28, 2022, from 11:00 am until 12:00 pm in the Badger Funeral Home, 45 School Street, Groton. Her funeral service will be held in the funeral home at 12:00pm. Interment in Groton Cemetery will be held in the Spring