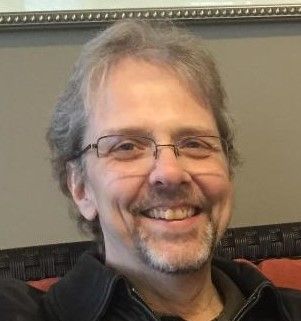 Stephen "Steve" Ofsthun of Littleton, passed away at Mass General Hospital on Thursday, June 21, 2018. He was the loving husband of Christine (Pettersson) Ofsthun.

Born on October 28, 1957 in Baltimore, Maryland, he was the son of Stanley and Mary Ofsthun. He spent his early years growing up in the suburbs of Buffalo, New York. After setting school records in high and low hurdles on the track team, Steve graduated the Maryvale High School in 1975. He went on to attend MIT and graduated class of 1979 as a founding member of the MIT chapter of Lamda Phi of Alpha Delta Phi.

Stephen worked for many years in computer software, most recently at Dell EMC. An avid reader, Stephen was a big fan of science fiction. Stephen and Christine were married on July 7, 1990 at the Lutheran Church of the Redeemer in Woburn. He was a devoted Father and Husband and enjoyed spending his time with family and friends. He will be deeply missed and remembered by all that knew him.

Together with his wife, Stephen is survived by his children Haley and Peter of Littleton, his mother Mary (Oliver) Ofsthun of Missouri, his siblings Norma and her husband Alexis of Lexington, his brother Stanley and his wife Beverly of O'Fallon, Missouri and his brother-in-law James LaRocca of Cape Coral, Florida. He was predeceased by his father Stanley and his sister Patricia LaRocca of Fort Myers, Florida.

At the request of the family, services will be private. Donations in Steve's memory can be made to the Healing Garden in Harvard.