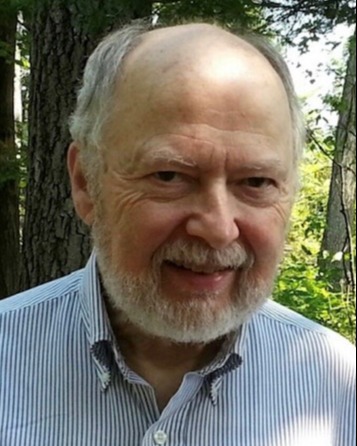 Stephen Paul Burne, a resident of Littleton, MA, formerly of Groton, passed away at home on January 15, 2023 at the age of 77 following a long fight with Parkinson's Disease.

He was born in Lowell, MA, on May 11, 1945, the seventh child to the late Bessie (Jackson) Burne and J. Clarence Burne. He grew up in Westford, MA, graduated from Westford Academy, and attended Lowell State College.

Before working as a manufacturing engineer, he was a self-taught blacksmith, having crafted ornamental ironwork such as fireplace andirons, railings and door latches for local residents, churches and businesses from his blacksmith shop in Groton.

Steve held several positions at First Parish Church in Groton. He was the church historian and keeper of the clock for many years, a member of the choir, and a member of a number of committees including the Committee on Ministry which serves to support the minister.

He was on the Board of Directors of what is now Groton Hill Music in the very early years when it was Indian Hill Arts.

His passion was music from an early age. He wrote a piece for his high school band and continued composing for his own pleasure but also more recently for his church and the choir, and for special occasions such as the Town of Groton's 350th celebration. He played several instruments but mostly guitar, bass and piano as well as the sousaphone once a year with the Groton Marching Band and Chowder Society on Memorial Day.

The upright and electric bass were his primary instruments and he played with several bands including the Dee Deran Orchestra at the Equinox Hotel in Vermont and at Harder Hall in Florida. He also played locally with Jerry Dirubbo's Debonnaires and The Dick Madison Band in the greater Boston area.

He had a knack for writing poetry and composed many humorous as well as serious poems for family birthdays, anniversaries and other special occasions.  He also had artistic talent and with pen and ink, sketched his Groton home as well as the family cottage on the St. Lawrence River in Canada, among other meaningful places to him.

Steve loved cars and at one time owned an antique Kieft sports car, and more recently loved to take rides in his Mazda Miata. He enjoyed bird watching until Parkinson's robbed him of his steady hand, and he always looked forward to fishing trips with his buddies. However, time spent with family, and watching the grandchildren grow up was the most important thing to him.

Steve is predeceased by his older brother, John Burne, formerly of North Charleston, SC. He is survived by his wife, Gail (Harrington) Burne, step-children Douglas Moore and his wife Virginia, of Tujunga, CA, Susan Moore and her husband Peter Taylor, of Watertown, NY and Jeffrey Moore and his wife Jody, and grandchildren Nicholas, Sarah and Emily Moore of Georgetown, MA, his sister-in-law Helen Burne of Burgettstown, PA, his sisters Shirley MacDougall of Westford, MA and Patricia Webber of Littleton, MA, his brothers Frederick Burne and his wife Karen, of Emporium, PA, James Burne and his wife Sandra, of Kennebunk, ME, and Thomas Burne and his wife Mary, of Tyngsborough, MA, along with many nieces and nephews. He will be greatly missed by all who knew and loved him.

Family and friends will gather to honor and remember Steve on Saturday, May 13, 2023 at 2:00 PM at First Parish Church of Groton. The interment will be private for family only. Donations may be made to the First Parish Church Windows Restoration Project, 3 Powderhouse Road, Groton, MA 01450. Please note: In Honor of Steve Burne.