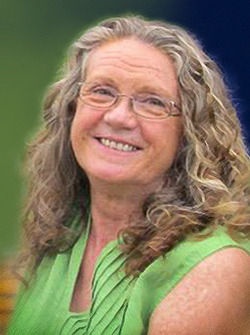 Susan Mary McKenna, of Groton, MA, a lifelong nurse, friend and mother to many, left the planet in the early morning hours of Nov. 15th, 2016.  She was 67. She died at home after a yearlong battle with ovarian cancer. Her last days here were punctuated with friends, family, tears, laughter and moments of wonder and awe.

Susan grew up in a terraced house at the base of the Pennines, in Macclesfield, England, where she hitchhiked to see The Beatles, struggled up icy, cobbled streets, and was cured of religion by nuns at the Catholic high school.

She joined Queen Alexandra's Royal Army Nursing Corps, was stationed in Germany during the Vietnam War, and, in 1973, earned the title of State Registered Nurse.

A chance encounter at the site of a Jeep explosion transported her to America with a beautiful baby girl and an Italian-American G.I., Richard Bouchard.  Susan and Richard were married on Oct. 10, 1970, in Macclesfield. They divorced in 1992.

In America, Ms. McKenna sunk her heart and soul into care for others. She greeted all with a “Hello Love”, open arms, a warm hug, a cup of tea, and often, a meal.

Ms. McKenna earned a bachelor of science from FItchburg State College in 1994 and a master of science from the University of Massachusetts Lowell in 1998.  She was an Advanced Practice Registered Nurse and a Board Certified Family Nurse Practitioner.

She was most recently Director of Health Services at Lawrence Academy in Groton, where she worked as nurse for the past 32 years.  A binding force through many transitions at the school, she was the 2016 recipient of the prestigious Founders Day Award for her service to the community.

Food was central and ceremonious, whether cooking or eating, for holidays or a Wednesday lunch.  She preferred Elgar to Beethoven, but would often end the night with a loud, danceable number.  She welcomed any excuse to entertain, greet all at her table, and hold space for generations from both sides of The Pond.

She recited poetic verse from memory and recounted the details of adventures and parties until her last moments. She was a gardener, knitter, quilter and seamstress, and enjoyed making garments for her family and friends. An avowed feminist, she advocated equality for all. And, dismayed with the result of the 2016 presidential election, she would quip “At least I won’t have to live in Trump’s world.”

A celebration of her life is scheduled for 2:30 p.m., Friday, Nov. 25th, at First Parish Church of Groton, 1 Powderhouse Road. Reception to follow at Lawrence Academy.  Her ashes will be scattered during private ceremonies.

In lieu of flowers, donations may be made to the National Ovarian Cancer Coalition or the Berkshire Community College Susan McKenna Scholarship for Excellence in Nursing.